Orange is the New Black season 6 is going to release soon on Netflix. It has proven to be one of the best tv series produced by Netflix. OitNB season 5 ended with a lot of suspense and left all of us in an explosive cliffhanger as Litchfield prison riot was brought to a crumbling end. Let’s know more about it. 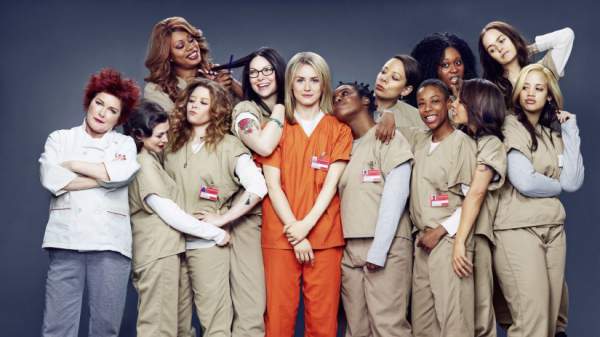 Will Orange Is the New Black Season 6 release on Netflix?

Last year itself, Netflix had renewed its contract for three more seasons of OITNB, taking the prison drama through seven seasons. Jenji Kohan will continue to be the showrunner as a part of the contract she signed with the Netflix, and she has given some of the hints related to the season 6.

Alongside her recent interview with the New York Times, Johan stressed that the show could incorporate some of the real world events by altering its timeline a bit. OITNB debuted in 2013 setting apart new challenges to its rival tv series by becoming the most popular tv series of its time.

According to Kohan, the upcoming installment will address Donald Trump and the increased threat of incarceration in the United Station. However, they need to figure it out because they are operating the series in the past, theoretically, she said.

“But we want to address current events and feelings, so we may abandon the timeline. Piper will still have served the same amount of time, but we will be in the present day”.

Orange is the New Black season 6 release date: When will it premiere?

Except for the first season which premiered on July 11, 2013, the rest of the seasons have been released sometime in June in the following years. So far, Netflix hasn’t revealed the official release date for season 6 of OITNB.

What will happen in orange in the New Black in season 6? Plot

Season five ended with 10 inmates standing united in the drained swimming pool that served as the bunker during the prison riot. The SWAT officers cringed strongly, in search of a group of violent and resistant prison mates. They appeared ready to use any means necessary to take over the control of Litchfield.

According to Lauren Morelli (the writer and the producer), that particular scene was one of the first times in the show, keeping the death Poussey aside, which turned into racism. The coming of various racial groups together was an important part. Moreover, this riot seems to be worldwide.

Natasha Lyonne, who plays Nicky, said that the even cast doesn’t really know if they would be able to survive the confrontation with the soldiers. It may be possible that some of them may die. The cast also doesn’t know whether the inmates kill anyone who passes that door.

Morelli has confirmed that the new season will start right where the previous one ended. It will also deal with the riot’s consequences. It will deal with the riot and its aftermath. When the SWAT team came inside the bunker, the remaining of the Litchfield inmates were made to board different buses who were then sent to different prisons.

According to Maria, one of the new prisons will be called “Litchfield 2.0”. However, it is yet to be seen whether the prison families will stay together or be torn apart. Daya had surrendered herself and sent to Max as she wanted to save Taystee. It will be interesting to see if any of the other riot leaders face harsher or longer sentences.

We know for sure that she won’t return in future as she was shot to death after being mistaken for an inmate by the SWAT team. Brad William Henke, who plays sadistic CO, said that he has a recording of a deleted scene which could completely change the story of Piscatella.

In the original script, the CO reached down and realized that his tattoo was a fake after prison lover was beaten up.

Well, there are still a lot more that can be expected from this season along with a large number of plot twists that will surely be giving us Goosebumps. And we expect Orange is the New Black season 6 to be a hit as the other seasons have been from the past years.