Ozark Season 2: Here, we have everything for you from release date to cast and everything else. The Netflix series debuted in July 2017 and gained audiences in large numbers. Now, many of the viewers are asking about its future. It has already been renewed for the second season. Let’s check out more details like spoilers, plot, what can we expect, and much more.

Jason Bateman will continue as the director and producer as well as a cast member of the series. Executive producers Chris Mundy and creators Bill Dubuque and Mark Williams are already on-board. Bateman’s role is completely opposite as on the show. In the series, he plays a financial advisor for a drug ring to relocate his family. He has to launder $500 million or face severe consequences.

Is There A Ozark Season 2 Trailer

No. But, yes, the showrunners have released just the announcement trailer. And Marty appears worse.

Ozark S2: News, Updates, and Rumors – What To Expect?

Now, as Dale has gone, another lieutenant would come to oversee the money flow that Marty has been charged to wash. The riverboat casino would be able to handle some of it. It means that Marty’s problems will increase manifold when St. Louis / Kansas City mob will come into action.

“Politicians and bureaucrats and land management and zoning rights and all those kinds of things that take a lot of bribery, coercion. It’ll probably become a little — not white collar, but probably less moonshine and a little more… I don’t know if ‘Chardonnay’ would be the right term, but the criminals might be wearing ties next year as opposed to flannels,” he added. 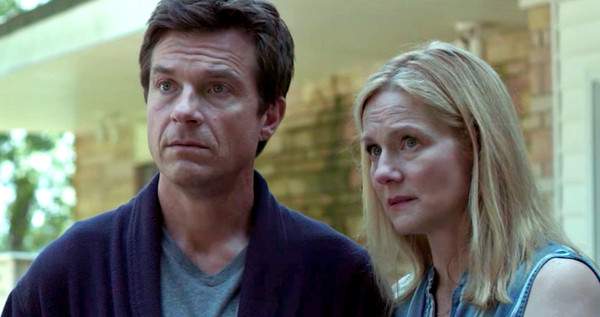 It will premiere in July 2018, most probably. We will update this page with the official announcement about the date. Generally, Netflix

Advertisement
series release in an annual fashion taking a marginal error of one or two months. Keep this page bookmarked for more.

How Many Ozark Season 2 Episodes Are There Going To Be?

Just like the first installment, the second one of Ozark would have 10 segments.

Who Are The Ozark Season 2 Cast?

As of now, we don’t have the sufficient information. So, we will update as the news comes in.

Marty and his wife Wendy will get to live their relationship back on track. They got back together by the end of season 1 and managed the criminal aspect of their partnership. For them, domestic and romantic things will grow at a slower rate. They will find new avenues of attraction as they grow the business part of their relationship. It seems that it will develop through a side door.

Probably, the things will start getting worse sooner than they were getting better. As the kids come to know regarding their parents, a strained dynamic will come into action. They have already demolished the ideal dynamic that kids take their parents as their role models. It will come down to peer relationship between four of them. In the upcoming season, we will explore more of it.

Marty Bydre will grow his business partnership with Jacob and Darlene Snell. And he will continue to bribe to right people.