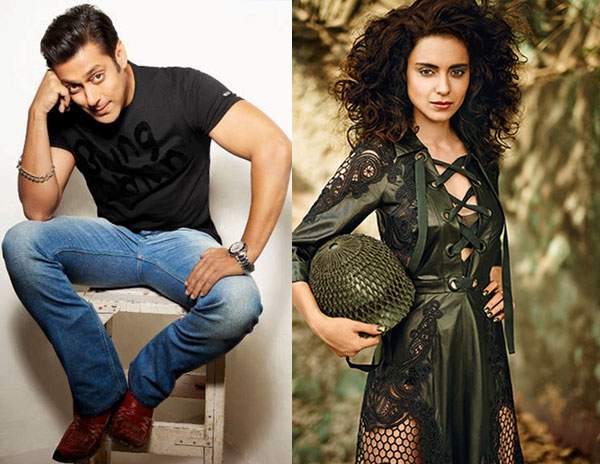 Salman Khan and Kangana Ranaut: Top Performers of 2015: Bollywood King Sallu mai has been raking huge money with his films and all his movies ended up as money spinners at the box-office. His movie Bajrangi Bhaijaan ended as the biggest hit of his career and the film collected Rs 700 crores in its final run which is huge. Kabir Khan directed the film and Kareena Kapoor Khan played the female lead.  (see: John-Varun in Dishoom.)

As per the online survey conducted by Ormax Media, Salman has been voted as the Top Male Performer of 2015 for his stupendous performance in Bajrangi Bhaijaan. The survey has been done based on the audience who visits the theatre and voted during the survey that has been done for over a month.

Ranaut has been on the top with 80% and Deepika got 77% followed by Anushka Sharma with 72% for NH10. This has left Deepika shocked as she expected to lead the list.