Sidharth Malhotra & Alia Bhatt Breakup: Being a celebrity is always not an easy task. You can’t skip or simply escape the gossip mills. Student of the Year (2012) co-stars especially – Siddharth and Alia have been linked too many times. Recently, Malhotra has confirmed that he is very much single at the moment.

Sidharth is getting ready for the release of his next Bollywood movie – A Gentleman. Jacqueline Fernandez has been cast opposite him in the film. He confirmed his relationship status during a podcast of Neha Dhupia titled #NoFilterNeha. Sidharth said, “I am very much single.”

Though Sidharth has denied relationship rumors with Alia several times in the past, he has often been spotted with her at several occasions and non-occasion days too. During the podcast, Neha asked him to name one person who best describes ‘All good things come in small package.” Siddharth instantly named Alia Bhatt.

“Alia looks into my eyes and I look into hers and we get completely lost. She is someone who I am very close to. She is one of the most important people in my life right now. We have known each other for a long time. We share a great rapport and I totally second what she says. I am happy that she is getting lost in my eyes.”

“If at all I had my bio it would say Sundar, Susheel and Risky. All desis would understand and the firangs would ask me for the meaning. But I wouldn’t mind trying the app,” he told Neha when asked if he would ever join Tinder. 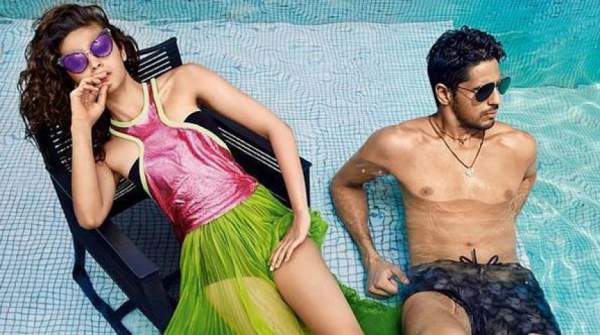 Honestly, we don’t what’s cooking between the two Bollywood stars. They have been one of the favorite Bollywood celebrity couples. Well, they are professional liars too.

Stay tuned to TheReporterTimes for latest Bollywood gossips and news.