Tamma Tamma Again, the second and the most-anticipated song has been released from the upcoming movie, Badrinath Ki Dulhania which stars Alia Bhatt and Varun Dhawan in lead roles. It is the remake of the 1990 released track Tamma Tamma Loge from Thanedaar film. It featured Sanjay Dutt and Madhuri Dixit.

The lead stars launched the new track on Saturday afternoon. It takes us to the 90s. The ‘Udta Punjab’ actress looks gorgeous as usual while Varun appears as the boy next door while dancing along with her. BKD is the next in the HSKD franchise. The song is a big treat for the fans.

The original song Tamma Tamma Loge was sung by Bappi Lahiri and Anuradha Paudwal. It was a peppy number, but this newly releases song has been made even peppier. The makers have employed Badshah who has made it upbeat vibe. He has also added a rap verse into it. 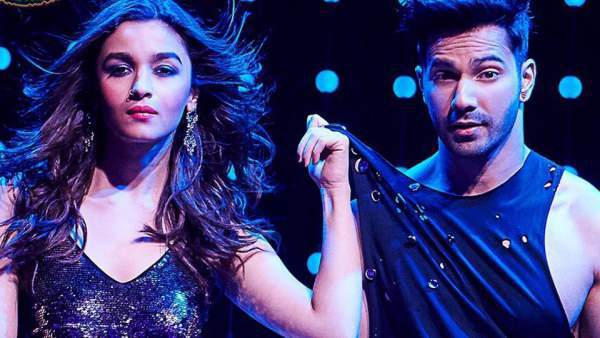 It has all the quality needed to become the next Saturday Saturday which was sung by Indeep Bakshi and Badshah. The song was featured in Humpty Sharma Ki Dulhania which released in 2013. It got a new life with its new version.

The original stars of the song Madhuri and Sanjay could be seen in some promotional videos of Tamma Tamma Again song. Dixit taught some of the iconic dance moves while Dutt wished them luck.

The title song of BKD was released on February 6 and has garnered 18.8 million views on YouTube only at the time of writing this. Watch it out once again.

Badrinath Ki Dulhania release date is March 10, 2017. The young actors are keeping buzz and hype around it alive by posting regular updates on social media. The film is shot in the backdrop of a small town in which Badri desperately wants to get married to his lady love.

Stay tuned for latest Bollywood news and other Entertainment updates.