Teen Wolf Season 6 Episode 13 Spoilers, Air Date, Promo: With more episodes, Teen Wolf s6 is getting more dangerous. It’s not clear yet, who is this new enemy, a new hunter. Scott found that the new Hellbound was killed with a silver bullet. It means that someone is killing supernatural creatures without much knowledge.

The official synopsis for the TW s6e13 is out and it reads the following:
“Scott and the others pursue a missing werewolf; Melissa and Argent investigate a strange body.”
When Brett was last seen on the show, Gerard Argent had shot him with an arrow. The veteran hunter and Tamora along with the pack are still searching for him. 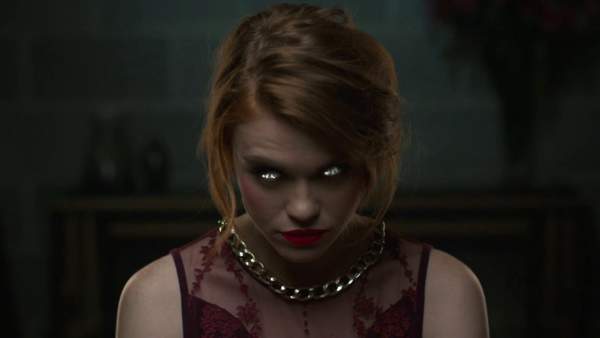 In the trailer, the guidance counselor is seen worrying about the same. It’s because the more time they give him to run, the more time he will get to find help. But, Gerard said that Brett will get weaker with time, he is still strong though.

Brett tried to throw the arrow back at Tamora, but Gerard pulled her out of the trajectory. He attacked Brett with a bullet which made Brett run away. It appears as if the hunt is going to get intenser this season of the MTV series.

Teen Wolf S6E13 is titled ‘After Image.’ And Gerard being on the side of new hunter will make things tough for everyone. While searching for Brett, Scott, Malia, and Liam will find out the true motive of Gerard’s plan. Also, they will face some life threatening situations.

In the promo clip, we can see Gerard saying, “We are building an army to hunt them all.”

Meanwhile, other allies will be busy with a new dead body found by the lacrosse players. It will end up in the morgue at the Beacon Hills Memorial Hospital. Melissa will be seen trying to find answers to the unanswered questions.

It’s not a normal corpse. There is something abnormal. That’s why she calls Chris Argent for the investigation.

In the first part of the TeenWolf 6A, there was a bit of romance for the parents. When Argent came across a Ghost Rider, Melissa ran up and kissed him. It didn’t make them a couple for now officially, though. Some awkwardness would be seen when they come together to investigate the body.