Tokyo Ghoul Season 3: Without any second thought we can say that season 3 of the Tokyo Ghoul is the most awaited TV event of the hour. After a very successful previous installment, the fans are eagerly waiting for the next installment.

Rumors are spreading all over the internet about its release date, some are saying that it will arrive this year only, but others are claiming that we have to till next year to see the s3 of TokyoGhoul. At the end of the day, these all are rumors and we have to wait for the official announcement.

Update 3 (3rd October 2017): TG: The Movie is releasing this October this year in the US. The manga magazine said that they are planning some announcement. However, nobody is sure what that would be. The Tokyo Ghoul: re Volume 13 is going to come out on October 13. But, volume 14 isn’t announced yet. Recently, Viz Media said that the English translation of the manga will be available from October 17.

As of now, we don’t know for sure if they are planning for a third season or a completely new series. However, the announcement will come on October 12. If a 3rd series is in progress, it would revolve around Touka Kirishima and the next gen. of ghouls as the main protagonists.

Update 2 (August 8, 2017): The fans were left in pieces when it was rumored that the hit anime series has been canceled due to copyright issues. But, the studio’s Viz Media’s Senior Director of Sales and Marketing Kevin Hamric has said that there will be the third season of “Tokyo Ghoul” but with a bit delay. As of now, t hey are working on another hit series – One Punch Man season 2.

Fans are hardly believing this rumors because earlier also news came that TokyoGhoul S3 will out this year with the release of ‘One Punch Man’ season 2.

But, fans remain disappointed after the press release saying that Kevin Hamrick, senior sales, and marketing director, was supposed to say next segment of “My Hero Academia,” in an interview but he misquoted “Tokyo Ghoul season 3. 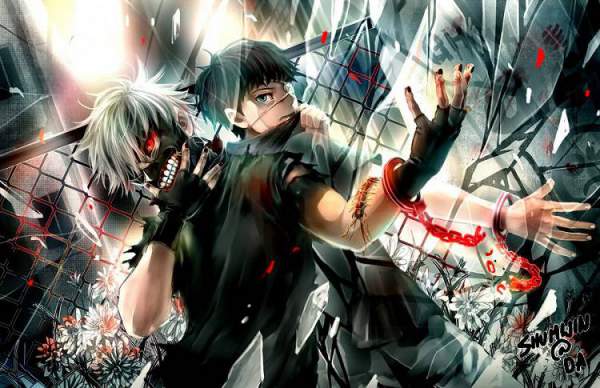 In other news, it was reported that upcoming installment of the series is gradually delaying to the lack of manga material. Loyal fans were unhappy from the TG second season because it was different from the manga material.

Fans were so disappointed that they started a petition against Madhouse Entertainment demanding them to acquire the copyright from the Studio Pierrot and also asking to reboot the whole series.

All this disappointment didn’t reduce the excitement of viewers to watch S3. Ken Kaneki can be the part of season3 after defeating to Arima as we have seen in the earlier installment. It will be interesting to see the role of Kan Kaneki in the upcoming part in the series.

With the no official announcement about Season 3 of “Tokyo Ghoul” we are still wondering about the release date and other important details. The recent reports now indicate that the anime’s release may be pushed back to 2018.

The delay is supposedly due to the lack of material.

The next installment will see the new protagonist Sasaki and the legacy of Kaneki. The normal humans, Quinx Squad has been implanted with the quinque of a ghoul into their bodies via a surgical procedure. Though they aren’t ghouls themselves, others prejudice and discriminate them within the CCG investigation team.

Sasaki will be nicknamed the Black Reaper by the ghouls. However, the ghouls themselves are planning to create a peaceful world for both humans and ghouls. The anime fans will still have to wait for few more days to get to know the latest developments.

Stay tuned to TheReporterTimes for latest anime series‘ news around the world.