The Reporter Times
Home News “15 Minutes of fame”: Tremaine WON the Internet – Tremaine vs Elaine in... 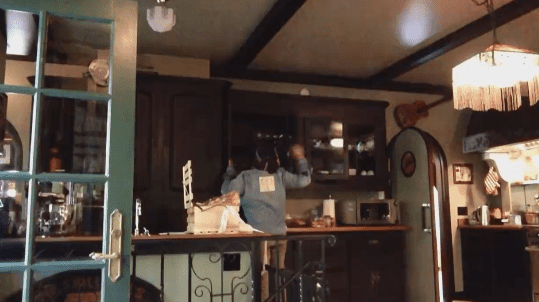 Morgan Tremaine, a former employee of celebrity magazine TMZ, was called to court today. Amber Heard’s Lawyer accused him of being here for “15 minutes of fame”. However, he didn’t lose his cool and replied to Elaine in just a way that shocked the entire internet.

Elaine Bredehoft, the lawyer from Amber Heard’s team, looked a little tired yesterday when no winning was coming in their favor. When another lawyer from Amber’s team bought a photograph today claiming that the Johnny Depp team submitted the morphed picture, their claims were thrashed by the Depp team.

Elaine: You're here for your 15 minutes of fame
Treamine: I stand to gain nothing, I put myself in the crosshairs of TMZ, a very litigious company, but the same could be said of you taking Amber Heard as a client.#AmberHeard #JohnnyDeppVsAmberHeard #JohnnyDeppAmberHeardTrial pic.twitter.com/pyr0PGDuGp

Today, Tremaine testifies he later dispatched more paparazzi to the law office where Heard was to make a video deposition. He also testifies the video of Depp in the kitchen was later posted to the TMZ website.

Tremaine confirmed that TMZ has the rights and copyrights to the video in question. Tremaine said that no other media outlets posted the video because TMZ obtained the copyright. He says the video was not edited when he received it.

Bredehoft begins cross-examination by confirming Tremaine has seen parts of the trial. Tremaine confirms he reached out to Depp’s team six days ago. Bredehoft later pushes Tremaine on his “15 minutes of fame.”

Vasquez asks only one question: Why did Tremaine reach out to Depp’s team. Tremaine testifies he was hoping to help with the video’s timeline.

Watch the TMZ video, which caused the entire controversy here: In this video, it can be seen that Johnny Depp was angry, and apparently, Heard was shooting the video.