Ghatasthapana Puja Vidhi, Muhurat, Timings / Tithi – 2018 Navratri Day 1: The most important rituals that is being practice from years during Navratri festival. Ghatasthapna is simply the beginning mark of nine days festival, Navratri. The Ghatasthapana includes preparation of Kalash. This ritual is dedicated to Goddess Shakti and we must do it on right time. If not done then the goddess may get upset. check: Navratri Colours 2018.

The Ghatasthapana must not be done  during night and Amavasya. The most fortune time of Ghatasthapna is the first one-third of the Day 1 followed by Pratipada. Simply, Ghatasthapana must be done before Hindu mid-day. Here in this post we will be sharing the items needed and steps for Kalassh preparation. share: Navratri Wishes. 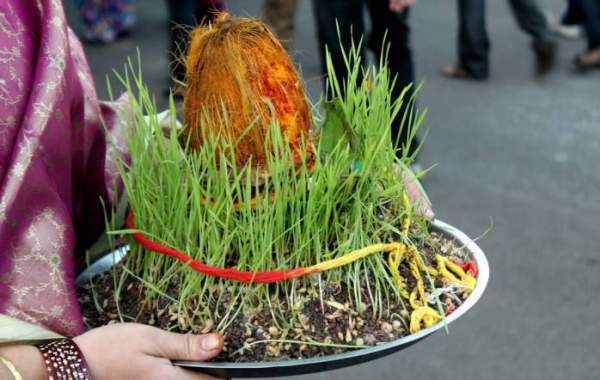 Ghatasthapana is also known as Kalash Sthapana or Kalashsthapana. It’s one of the significant rituals during Navratri. As per our scriptures, there are certain and well-defined rules and guidelines to perfom this ritual. It’s the invocation of Goddess Shakti. So, it should be done at the proper time. It shouldn’t be done during Amavasya and night time.

The most auspicious time or Shubh muhurat for Ghatasthapana is the first one-third of the day. If it’s not possible, then next best time is Abhijit Muhurat. But, Nakshatra Chitra nd Vaidhriti Yoga should be avoided. Some may advise you to perform the ritual during Choghadiya Muhurta, but our scriptures don’t allow the same.

Steps for the preparation of Kalash before doing Ghatasthapana are as follows:

Watch the video below for Ghatasthapana Puja Vidhi.

Queries regarding the pujan? Don’t hesitate to ask. Just comment below. We will help you for the same.