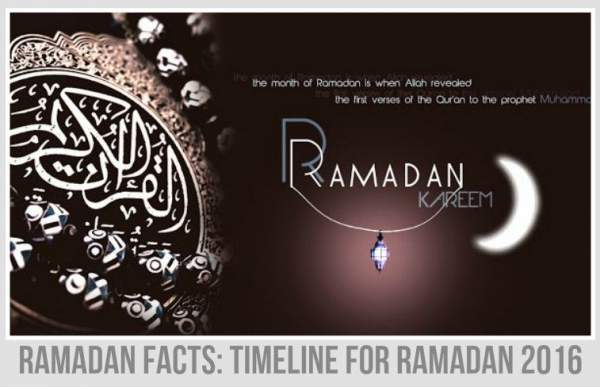 Ramadan 2019 Zakat Rates: The holy month of Ramadan has started for Muslims around the world. People following Islam has to pay a small amount out of their pockets in the welfare of the poor people. Usually, the percentage of Zakat is defined as 2.5% despite not having any mention in Holy Quran. However, a great rate could be paid out of the goodwill gesture. (check: When is Ramadan 2019?)

Zakah (Zakat) is a complimentary tax for every Muslim, who holds any type of wealth. The tax is paid on different mediums, and there is no complication of paying it as a cash only tax. One can also donate 2.5% of his wealth as a rate of zakah.

The nisab amount is calculated based on the current value of 3 ounces of pure Gold.

Keep in mind that in addition to cash, Zakat is also owed on gold, silver, investments, rent income, business merchandise and profits, shares, and bonds. Any of these must be taken into account when determining the Zakat amount.

The Nisab is the threshold that was set by the Prophet (pbuh) at a rate equivalent to:

2.5% of the wealth and savings above the value of Nizam is paid as a customary tax under this rule. As it’s one of the five pillars of Islam, it’s compulsory to be followed by every Muslim whatever the region he might be living in.

Many countries like India doesn’t mandate Muslims to pay such tax and its entirely voluntary while some other Muslim countries like Pakistan, Saudi Arabia prescribe the rules for payment of such taxes.

Shia Muslims usually recognize Zakat as a voluntary contribution while the Sunni Muslims are more concerned about it taking the input as a mandate.

Some countries have an understanding that the rate of Zakah should increase the amount of wealth while some other countries had fixed a particular amount despite any questions. Some countries even had set up boards for Zakat collection, but the collections are truly voluntary.

What is Zakat (Zakah)?

“Take from their money a charity to cleanse them and purify them” – Qur’an 9:103.

Zakat is the amount of money that every adult, mentally stable, free, and financially able Muslim, male and female, has to pay to support specific categories people. This group of people is defined in Surah at-Taubah (9) verse 60: “The alms are only for the poor and the needy, and those who collect them, and those whose hearts are to be reconciled, and to free the captives and the debtors, and for the cause of Allah, and (for) the wayfarers; a duty imposed by Allah. Allah is the knower, Wise.” (The Holy Qur’an 9:60).

So pay the Zakah according to the terms of your country. For voluntary payment, the rate is usually 2.5%, and one can contact the nearest mosque for details.