As the police and secret services available at the moment, they immediately shot him down. He was admitted to the hospital before counting his last breath. He was successful in shooting down one congressman from Republicans successfully but failed to kill any of them.  Intellectuals are praising the immediate response from police for preventing a “massacre”. 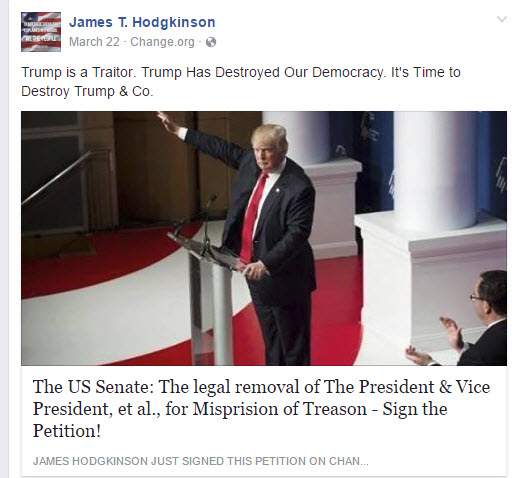 66-year-old James T. Hodgkinson belongs to Belleville, Illinois according to the initial reports. While scrapping the Facebook page of James, we found that he is a supporter of Bernie Sanders. James was quite irritated from Donald Trump getting elected as the president of United States. He has expressed the anger against President Trump in many posts. It appears that the killer wants to ignite the revenge flame in American society. So far no suicide note or diary is recovered from James belongings.

According to some reports, James Was Accused of Pulling Hair Out of His Daughter’s Head, Punching Another Woman in the Face & Shooting at a Man in 2006, but Charges Were Dropped.

Capitol Hill Police officers reacted immediately against the attack on Republicans. Police officers were at the place to protect Whip Rep. Steve Scalise from any possible uncertainty. Matt Mika and Zack Barth are identified as the primary victims in Virginia shooting. Special agents of Police are identified as David Bailey and Krystal Griner who shot the person down at the very moment. Mika got serious injuries during the shoot but out of the danger as of now. He was immediately admitted to the hospital.

Rep. Jeff Duncan and Rep. Ron DeSantis described their encounter with a man before the shooting took place. According to the congressmen, killer asked them whether it’s a meeting of Republicans or Democrats. He appeared to have no knowledge about Whip as well. Later DeSantis confirmed the reporters about Hodgkinson by identifying him in the photo.

Republicans were preparing for the annual game against Democrats. Its the annual game happens between congressmen to increase cooperation in the house. The annual game will be played at Nationals Park in Washington, D.C. on Thursday. Some reports stated that police have briefly increased the security of all congressmen following this development.

Who is Andrew G McCabe, the FBI Acting Director? Some Facts To Know