Philadelphia’s South Street had a miserable Saturday night. When everyone was out partying the weekend, a mass shooting incident happened in the mid of Philly’s famous stretch. Around 14 people were shot; 11 suffered severe injuries, while the others died on the spot. Along with Japan, Alexis (27) and Kristopher (22) also lost their lives.

One of the victims in the South Street shooting was Gregory Jackson, better known as Japan Jackson. Japan Jackson was a boxer and trainer based in Philadelphia. He is well-known in local schools for teaching kids boxing and the art of self-defense.

He used to teach kids of all ages boxing and self-defense. A lot of enrollments in his training facility were from Black neighborhoods. We talked with one of the parents whose 9-year-old was trained by Japan Jackson. The parent revealed that Japan Jackson was great with kids. 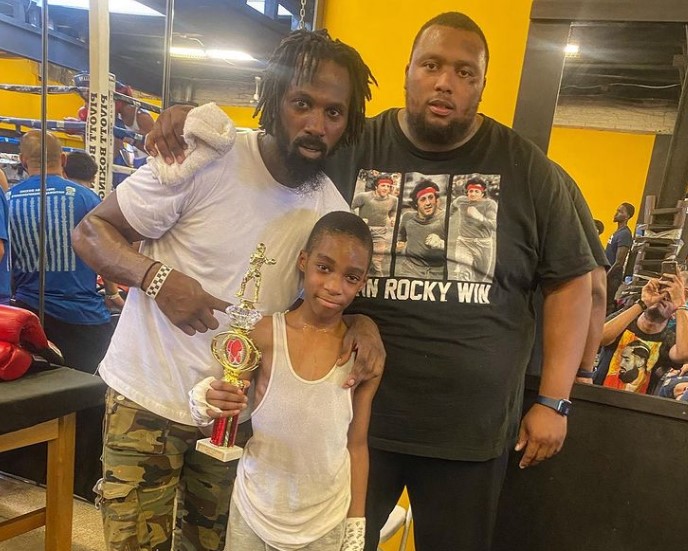 The parent revealed: “Japan used to take care of my kid as if he is his own brother. Japan was very famous among the black community of Haverford Ave. He was a charitable person who supported the Youth of Philly”

Japan Jackson used to run a boxing & fitness program for kids and adults under the brand name “Loyal Boyz Boxing gym”. The starting age for kids’ admission was 6-years, which gave a lot of kids confidence to stand tall in the community.

One of Japan Jackson’s pupils shared a rap on Instagram as a tribute to his boxing coach.

His fitness program for kids was focused on providing kids with training to defend themselves in difficult situations. Most of the kids in the neighborhood of Haverford Ave used to see him as the ‘big brother’.

According to Japan Jackson, ‘Boxing saved his life.’ He used to believe that learning to defend yourselves takes a little discipline. Japan used to tell his students “If you can be disciplined enough to learn someone else rap song and gain nothing from it I know you can apply that same mental discipline to learning the art of boxing.”

Japan was also linked to a charitable organization “AS I PLANT THIS SEED”, he was also providing free sessions to youth in need with help of his friends in the community.