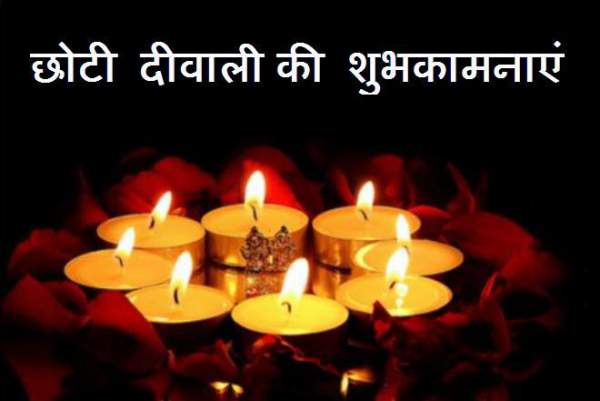 Naraka Chaturdashi/Choti Diwali 2018 Date, Muhurat, Puja Vidhi, Timings: After Dhanteras (the day dedicated to wealth), it’s now time for Chhoti Diwali celebrations. It will be observed on November 6, 2018. This is the second day of the five-day festival of lights, Deepawali.

Hindu people celebrate it every year with lots of enthusiasm. It is of great significance as people are of the favor that whosoever performs its rituals would never no to Narak aka Hell after his or her death. As per the Hindu religion, this is celebrated on the fourteenth day of the dark half moon (Krishna Paksha).

Devotees worship Mahakali or Goddess Shakti whole day long. According to mythology, Goddess Kali defeated and killed Narakasura. This is also considered as the victory of good over evil. Choti Diwali is an important day during the Diwali festival and for all Hindus.

Another significant activity of the day is the oil bath or Ubtan which is usually done before the sunrise. Devotees offer prayers and Puja to seek blessings from God and Goddess. Traditional delicacies for Choti Diwali day includes Poha as this festival is observed during the harvest period.

Females especially mothers and grandmothers like to put kajal in their eyes and their children as they believe it keeps Buri Nazar away. Moreover, people like to take a bath with a mixture of gram flour and pleasant powder. Later in the evening, people light divas and dinner include vermicelli and sweet rice. People also offer Nivet and get up earlier than usual on this day.

Ancient stories say that Narkasur was the king of Pragjyotishpur. He used to abduct women and kept them in his harem. Lord Indra defeated him and later on, Bhumi Mata (the Goddess of Earth) punished for his dreadful activities.

Another story tells us that when Satyabhama (the second wife of Krishna) came to know about Narakasur’s act. She became furious and wanted to punish him by herself. Thus, she asked Lord Krishna to grant her powers, who then killed and released the women.