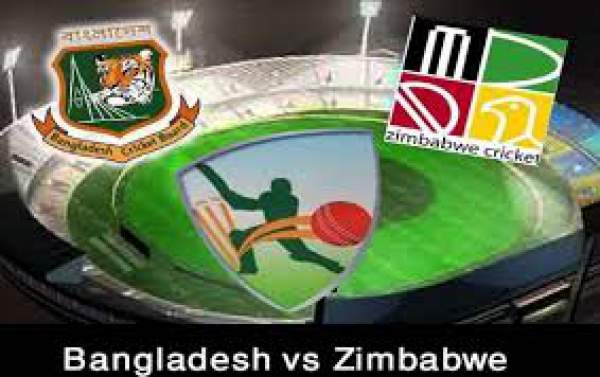 Bangladesh vs Zimbabwe 1st T20 Live Streaming Info: Cricket Live Score; Match Preview – 15th January 2016 – BAN vs ZIM: Zimbabweans are going to play the first twenty20 international of the series at Bangladeshi soil this year. It will be hosted at the Sheikh Abu Naser Stadium in Khulna on Friday. (see: Pakistan vs New Zealand.)

There is a good news for the host team that its all-rounder players Shakib Al Hasan will mark his return via this particular match. He had not been a part of the many past tournaments. This must fullfil the host with a considerable amount of confidence. It is also expected that he will a part of the forthcoming Asia Cup T20 and ICC World Cup T20 2016.

The captain of the host team already made it clear that they are looking forward to get the best working pairs on the ground so that they would lead to good scores in the upcoming two tournaments.

Mortaza said that they are trying different players’ combination but it would only be clear after trying in a quite few different matches at different conditions. He further added that this is the perfect time for trying such things.

On the other hand, the same case is not with Zimbabwe. It will be looking forward to avoid any further series defeat as they are going to face a great force in form of Bangladesh. Moreover, ZIM have to play it in the opposition’s backyard. Further, the guests are already aware of the fact that the hosts have not lost a single series at home since Feb 2014.

In the recent past, Afghanistan defeated Zimbabwe in both the ODI and T20 series which took place in UAE. The hosts will try everything and anything to get their form back so that they can forget whatever bad happened with them in the past.

Khulna has a good and favorable pitch for the batsmen. Being the boundaries short, it should have a minium of 150 scores. The second half of the match will see the dew factor into play.

Where to watch live online

The fans of Bangladesh can catch the live updates on Gazi TV while they can stream it live on GeoSuper. The USA viewers can see the game in live action on Willow TV and live stream on Willow TV Online.

The Middle East and North African audiences can catch the game live action on OSN Sports 4 and HD 4 while it can live streamed on OSN Play. Moreover, Zimbabweans viewers catch the live updates on ZIM vs BAN 1st T20 on Ten Sports.