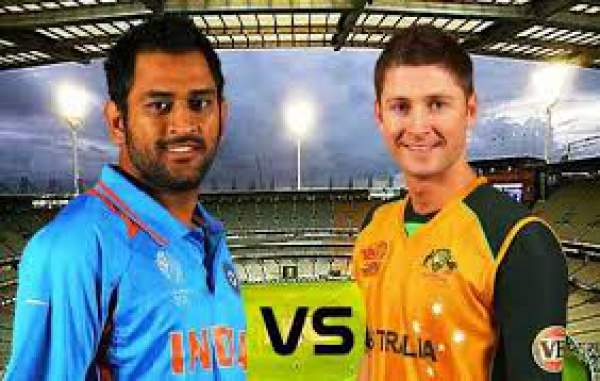 Ind vs Aus First Twenty-Twenty match Live Updates: After the end of the first phase of the tour, we now move on to the next part of the series that is the T20 series. The series will start from January 26, 2016, and will go on till 31st January, the teams will be playing three T20s and then the tour will end. The One Day series was won by Australia by 4-1 even though the India played well and was unlucky to lose the series by this margin. Both the teams played very well and the One Day series was a hit for both teams and their fans.

Australia won the toss and elected to field

The One Day series has been completed and it was mainly a series that was loved by batsmen as every game has huge scores in the first innings and the team bowling always get hammered. Rohit Sharma was declared the man of the series as he made 441 runs in 5 innings with an average of 110 and also with a strike rate of 101. The last match was played at Sydney Cricket Ground in Sydney. India won the toss and chose to bowl.

Aaron Finch and David Warner opened the innings for Australia, Finch made 6 off 4 balls and Warner made 122 off 113 balls with nine fours and three sixes. After that Smith and Bailey played but was not able to effect the scoreboard at all. After that, Mitchel Marsh made his maiden One Day ton as he made 102 off 84 balls with nine fours and two sixes. Wade also scored, in the end, to help reach the score of 330-7 in 50 overs, he made 36 off 27 balls with two fours and one six.

Sharma and Dhawan opened the innings for India and made 99 off 108 balls and 78 off 56 balls respectively with nine fours and one six and seven four and three sixes  respectively. Kohli only made 8 off 11 balls, the new player Manish Pandey was the hero of the match as he made 104 off 81 balls with eight fours and one six. Dhoni also played his part as he made 34 off 42 balls to help his team win the match and avoid the whitewash.

Both the teams are in form and anything can happen here.