The Reporter Times Latest Entertainment, Tech, Political and National, International News
Home Technology Vulkan Runtime Libraries in Windows 10: What is VulkanRT? Is it a... 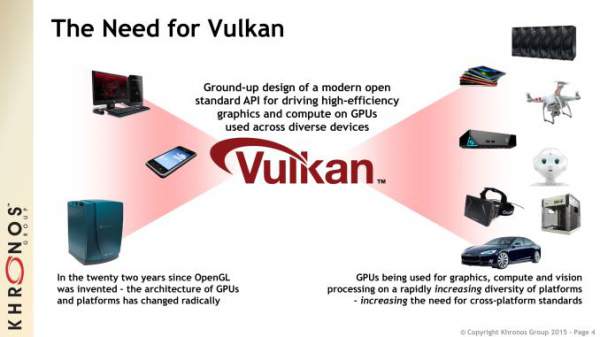 Vulkan Runtime Libraries VulkanRT: You can’t call yourself a gamer if haven’t ever come across something Vulcan Run time Libraries. There may also be chances that you may have seen it in the list of your installed programs in windows, even though you yourself never installed it.

So, what the fuss is all about? Is it a virus or some kind of malicious program which itself got installed onto your system?? Or is it something necessary?

What is Vulkan Runtime Libraries aka VulkanRT?

VulkanRuntime Libraries are set of APIs created by Khronos Group and they are basically OpenGL- Open Graphics Library. To put it in a layman’s language, these are a set of instructions on which a graphics card runs.

It is installed by display card manufacturers – Nvidia or AMD, the last time you updated your graphics card. Just leave it where it is and you don’t need to worry about it. It’s not a malware or virus, instead, it computes API.

Where did VulkanRT Libraries come from??

And that surely explains the annoying question of here did it come from on my computer? Surely, these are installed along with your graphics card drivers when installing them. This thing is so ingrained in the graphics management tools that developers don’t find it necessary to tell it to the user that it will be installed automatically.

Apart from video card drivers, VulkanRT also seen to have been installed from Steam update. In simple words, it is used for a better 3D performance in gaming.

Where to look for Vulkan Runtime Libraries?

If you haven’t ever come across anything like this and want to check if this thing exists on your system or not, just follow the simple steps given below.

If you use Windows 8 or older versions of windows, go to Control Panel and select “uninstall a program”. After this, you will be presented with the list of all the applications installed on your computer, in an alphabetical order. Look for as Vulkan Run time Libraries at the end of the list.

If you use Windows 10, use Windows-I to open the Settings application. Select Apps > Apps & Features, and type Vulkan in the search box on the page. If you find it listed there, Vulkan is installed.

Now, this is exactly what you must be wondering about and would have also done it on the pretext that you never installed anything like that, so it ought to be something malicious.

There are many games which use this API and hence removing them will make the game dysfunctional.

Games that support Vulkan include Dota 2, the latest Doom game, Star Citizen, and the Talos Principle. Also, Vulkan is supported by game emulators such as the Dolphin Emulator, and by game engines such as Valve Corporation’s Source 2 engine, CryEngine, Unreal Engine, Unity, and ID Tech.

So, if you uninstall this, next time you won’t be able to play any of the above games. Therefore, you stop worrying and play the game!

What if I don’t have Vulkan Run Time Libraries?

If by above steps you didn’t find it in your installed programs list, it’s most likely that your graphics card is using some other alternative. And as far as your games work fine you need not worry.

If you are not sure whether you have Vulkan Run Time Libraries installed on your system, then follow the steps mentioned below.

Another way is to go to Settings -> Apps. Then, search for the same.

What if I uninstalled VulkanRT?

If you are reading this article and realizing that now its too late, then it means that you have got rid of it and want it back.

The thing is that these OpenGLs do not come in a .exe file format which you can simply download, run and install. The only way to get them is through your graphics card. If your graphics card needs this application, it installs it along with the drivers.

So if you are not able to play favorites, you might want to reinstall your graphics card drivers.

What are Vulkan Runtime Libraries features?

Vulkan has got a long list of features along with it. Some to mention are:

Why does it get flagged as a threat?

Sometimes, Vulkan gets flagged as a threat by Windows Defender or any other Anti-Virus software, but that comes under false positive. Just like much other software, it is one of those programs that gets flagged by Antivirus programs but are completely safe to use and keep.

This is all about vulkan runtime libraries (vulkanrt) for now.