The Reporter Times
Home Entertainment American Gods Season 2 Release Date: Is It A Hoax? What about...
Advertisement

American Gods season 2 will release. Neil Gaiman has written the script for the second installment. The American drama and fantasy series have got the final permit for its development. The show is based on a book of the same name written by Neil Gaiman. The cable network Starz has made the official confirmation on the renewal of the series.

Bryan Fuller and Michael Green developed the fantasy drama for Starz network. Season1 had 8 episodes to watch. The story revolves around the fight between the Old Gods and New Gods in contemporary America. The talks for season 2 started during the s1 airing. With its more than five million viewers for the first installment, the script for the new season has started its journey.

Let me come up with the wish list of the viewers. The fans must be having many questions in their mind. When will season 2 be aired? Who’s in and who’s out from the cast list? Read out the article to know more about American Gods second season. 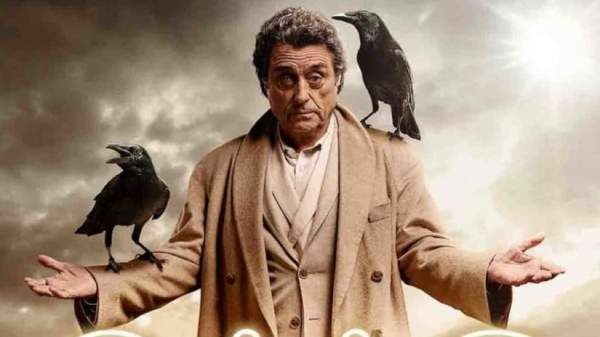 According to the news hub, season 2 will possibly release in the mid-2019. The first installment also appeared in the mid-time in 2017. The production for the new installment started in April 2018.

In a conversation with Fuller, Green, and Gaiman, they revealed some fact about the story’s conclusion. Season 1 would end just as the Shadow Moon, Mr. Wednesday & Co. reach the House on the Rock. The tale seems to follow the story in the novel.

The unexpected departure of showrunners Bryan Fuller and Michael Green has led to extended delays. It is alleged that they exited because show’s production company FremantleMedia refused to raise the already allocated budget of $10 million per episode. However, they will still have the executive producer credit.

After them, Jesse Alexander has taken over the mantle. He will work alongside the author Neil Gaiman.

Many other renewals could be possible for the next season. Some assumptions for the roles seem to be clarified. There will be some new characters in the picture too.

The AG s1 originally had 10 episodes to air, but the showrunners decided to air only the first 8 episodes. The 2 episodes’ story was shifted to the next part of the series. It was done due to structural reasons. The second installment will have 10 episodes as told by Fuller.

No trailer has been released yet. We doubt that it will be released before 2019.

Are there any plans for American Gods season 3?

In a conversation at the summer TCAs, Chris Albrecht (Starz president and CEO) hinted the journey of AmericanGods to be a long one.

Are you having any views to share about the Old Gods or New Gods? Use the comment box below. For more updates and news hun, stay tuned to TheReporterTimes!

Outlander Season 4 Release Date, Cast and Everything We Know So Far

Ash Vs Evil Dead Season 3: Release Date and Everything We Know So Far