Space Dandy Season 3: Recently, Bones President Masahiko Minami teased the release of Space Dandy third installment. It came out at Machi Asobi 2017, an anime event which took place in Tokushima. The second season aired in 2014, and since then, no announcement was made. But, let’s see if Bones is true or just trolling the fans.

The season 2 of SD consisted of 26 episodes but weren’t released back to back. Instead, it was split into two parts, the first of the two aired in Winter while the second half in Summer 2014. So, the installment is still being searched on Google. It is available on Amazon, MyAnimeList, and other sites. Now, let’s move on the details of upcoming installment.

Space Dandy Season 3 Release Date: When Will It Return?

The finale episode of s2 ended very well in regards to the show. But, it ended with the cliffhanger and ambiguous end card stating ‘Maybe continued?’ Rather than solving the teaser, the mystery surrounding the new season has only intensified since then.

In August 2014, Minami revealed that he is more interested in producing a Space Dandy movie after the TV series becomes a success. He also wished to release more shows simultaneously worldwide. After nearly a month, Toonami of Adult Swim discussed the possibility of a sequel. They said that there is more possibility of a movie or OVA than a new series.

Since then, it looked like that it has been thrown in to a black hole. Eventually, the SpaceDandy manga series ended since it was based on the anime. So, it can’t be stretched more. Now, the manga also requires new anime episodes for new chapters. 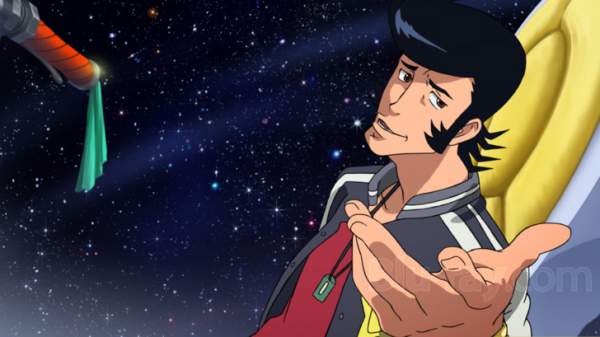 Now, a teaser/news pointing towards it came in. Director Shingo Natsume discussed its possibility in relation to One Punch Man. Also, FUNimation announced October 24, 2017, as the date of releasing SpaceDandy: The Complete Series with English dub on Blu-ray/DVD. It may be just a coincidence, but Minami has started talking more about Dandy.

The discussion took place at Machi Asobi in Japan. The event was the third-anniversary celebration of the anime. The theme was to dance with someone dressed up in Meow cosplay. The panel talked about making the fan favorite and most like Episode #20, and also the production of the show’s music. The panel ended the show with a rock-paper-scissors competition.

Also, Bones’ president talked and discussed whether they should release Space Dandy season 3. The staff also talked about its lettered studios and what are they working on this time around. The following is the list.

Bones came up with a surprise and said that an original anime is in the production and will release in Spring 2018. However, they will reveal the title/name in December 2017. Take it with a pinch of salt.