The Reporter Times Latest Entertainment, Tech, Political and National, International News
Home Entertainment Attack on Titan Season 3: Will Release in 2018 & Everything We...
Advertisement

Attack on Titan Season 3: Gone are my blues and gone are my tears. I’ve got good news to shout in your ears. The third season is about to come up in the year 2018. What is more astonishing to see in Shingeki no Kyojin: the ocean, or the color blue?

Update: The release date for season 3 of Attack on Titan is July 22 on NHK in Japan. It will simulcast on Hulu when it releases on Crunchyroll. The simuldub in English will start in August on FUNimation. It will premiere on Toonami on August 18.

The s3 will have a total of 24 episodes. The number of episodes has been extended from the usual count. It’s twice the normal count. The new villain – the Beast Titan will be seen this time. He does look powerful. His powers include talking and understanding everything.

The episode 1 is titled “Smoke Signal” and will pick up the anime where it left in the season 2. It will focus on the mysterious death of Minister Nick. He was tortured which implies that someone wanted to get the important information regarding Survey Corps.

Old News: It is worth noting that the announcement card neither shows any particular release timings or date as to when the season will begin nor does it reveals about how many episodes will be broadcasted. With the coming of the third season, eyes of the viewers have turned hopefully or desperately towards its first look. It’s predicted that the number of episodes would be doubled.

This Japanese manga series has become a commercial triumph. The popular anime is known for revealing the world where humanity finds its seat in cities gathered up by huge enormous walls- a rebuttal against the Titans, gigantic humanoids which swallow up humans without any cause. Pay attention to this guy- Eren Yeager, a boy lost in an alternate world ruled by Titans struggling to get over them.

A heart whelming show which is filled with huge pain and upsetting attitude revealing the best stage in one’s lifetime. AoT is many things at once: an anime, a look at human nature, a horrifying tale of defeat. 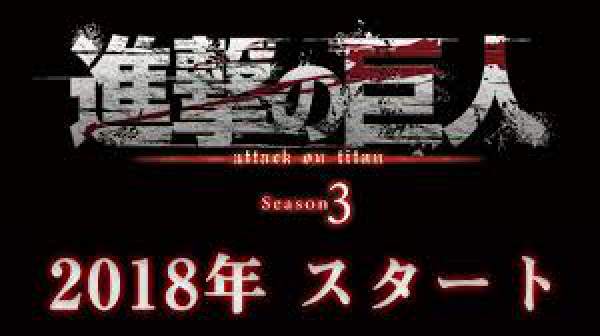 Can a magician kill a man by magic? One would seem to show dislike to this question. I suppose the magician might but a gentleman never could. AttackOnTitan is one such an anime which reflects both the character- a magician and a gentleman.

It’s hard to think of another series that is more frightening to evaluate the humanity’s freedom than Hajime’s “Attack on Titan,” a dark fantasyland about Eren who had to watch his hometown getting dismantle and the end of his mother’s life. “It’s humanity’s turn now. This time around mankind will feast upon the Titans”, says Eren.

The whole anime reflects one statement, “If you win, you live. If you lose, you die. If you don’t fight, you can’t win.” Right off the bat, the anime and manga both establish two vibrant themes in their respective first chapters: living in oppression and desire to escape.”

Winners write the history, nor do we all believe in this but we also see this for the most part. Here, Eren wrote the history. The show sounds like a tragedy in many ways. Each episode is filled with tragic, actually. But, hey, hardship builds character, and that’s exactly what makes this show too good.

Stay tuned to TheReporterTimes for the latest Attack on Titan Season 3 news.