The Reporter Times
Home Entertainment ‘The Blacklist’ Season 5: Everything To Know About NBC Show 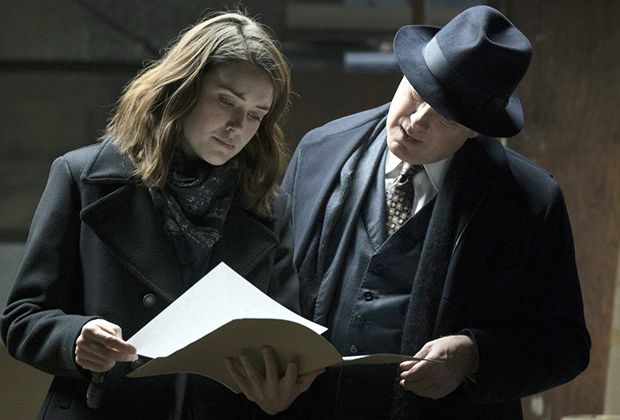 The Blacklist season 5 renewed as a good news for program enthusiasts. Bang on! The amazing crime drama is back. The time to resume the paused show once again. NBC got to whisper a great news in our hearts: the coming of ‘The Blacklist’ s5. Wow, that sounds so thrilling.

Look, there’s someone who’s turning pink! Oh, that’s none other than ‘Jon Bokenkamp’, the creator of The Blacklist season5. One of a favorable and most viewed action TV series. This is the show that makes us get goosebumps. Good fortune had turned it to return again. What a positive news for the viewers! So satisfying to the onlookers who were wishing to just play the series again on their TV sets.

The Blacklist Season 5 series was made public to the viewers at the soothing night of Thursdays around 10 pm at the clock. Some alternation just took place in the time shift. So, there’s a new timing for the show. Now the show will be delivered on the night of Wednesday’s around 9 pm. Anyways, no matter about the time. The show must go on!

Luckily, the year 2017 sounds to be good. As the show would soon be arriving on your TV sets with all new episodes by 2017. October 4, 2017 is the date fixed to release the show. Don’t forget to see at 8 pm. 22 episodes are directed to be out this season.

What a soothing news it was! Really, so satisfying. NBC gotta catch the eyes of the viewers by the show. An amazing thriller! Action drama! Crime scenes! What a creatively build combination it sounds. NBC declared the arrival of the show and made a confirmation for the same.

The Blacklist has come up with the story of the former US Navy Intelligence officer Raymond “Red” Reddington. This master criminal was performed by an American actor, James Spader. Years passed by to arrest the criminal but no effect came into existence.

Leaving all the crimes apart, he gladly made himself noticeable to the FBI by surrendering to them. He let the FBI know about his criminal issues and scenes. Most importantly, he revealed his escaping plan from the FBI. What I mean to say it that: he told the FBI that he always runs from the scenes right after the crime he does. This time he came to the officers with a deal. Freedom, he asked.

The guy seems to ask about his freedom from the prosecution. Basically, to get immune his deal was all about. Now, comes the benefit of the FBI. Why would they do such a big thing for a criminal? What is the need over there to help him?

As a helper, he said. At that time, he mentioned that he would get all the details of the criminals around the world he is known to. As a part of the crime scenes, he is connected to a large number of corrupt people. He also wished to do the same with one of a profiled from the FBI, Elizabeth Keen.

Now, the new season is hoped to come up with James Spader once more. The tale is just revolving around him. Are there chances that a new crime would take place in the new season? Or the FBI will get caught off the criminals? Don’t know the mysterious story behind season 5.

All in all, some actions gonna make us thrilled once again in the coming time. Red Reddington is in the town! Go and hide! Don’t worry, we have the FBI to protect us. We gotta view some actions, thrilling scenes in the new season. The series would be revealing some criminals out there roaming without being noticeable.

Recommended Read: This is Us Season 2

How can we forget the performance? All the superstars have acted amazingly in the show. It seems to look extremely realistic with no artificial drama. The team of The Blacklist s5 involves Ryan Eggold, Diego Klattenhoff, Harry Lennix, Amir Arison, Megan Boone, Hisham Tawfiq and Mozhan Marnò.

All the talented ones as a team perform remarkably. This well-liked sequence is always supported by positive reviews. Remember the spin-off series? Yes, ‘The Blacklist: Redemption’ one. Enrique Murciano won’t be returning this time.

This was taken as an innovation from the ‘The Blacklist’ Season5. Well,’ the spin-off series is still at the state of work in progress for the new season. An excellent number of viewers stalked the reviews of The Blacklist Season 5. Also, they had shown positive response towards it. Everything seems to be so positive for Jon Bokenkamp, the creator of ‘The Blacklist’. Millions of viewers showed their presence for the show.

Talking about the promos, I would like to mention that it’s out for you by the time. Sounds exciting! Doesn’t it? Coming 22 brand new episodes much sound interesting for the year 2017. US TV sets much be waiting to greet the show.

For further updates and news, stay connected to The Reporter Times. Hope you get to know much more within less time!