Breaking Bad Season 6: It is not going to release or be renewed for one more sequel. Breaking Bad is one of the best shows all time. Arguably, it ended with a great conclusion as it wrapped up the storyline with high school chemistry teacher Walter White making meth after being diagnosed with terminal cancer.

If you have heard that the creator of the show, Vince Gilligan is going to return for Breaking Bad season 6, it all fake news. It started making rounds when the National Report published an article regarding the return of Breaking Bad for its sixth season. But, you should note that it has been confirmed to be false and nothing else.

Let’s have a glimpse of the text from the fake story:

“Breaking Bad fans around the world are celebrating the stunning, glorious and amazing news announced today: Walter White is not dead, and there will indeed be a sixth season of the wildly-popular, award-winning AMC drama.

This shocking and exciting news comes not from an internet message board or the rumor mill but from Vince Gilligan. In an exclusive CNN interview late Sunday evening, Gilligan dropped the bombshell.

“Walter White is not dead, and neither is BreakingBad,” said the 47-year-old writer, director, and executive producer of the groundbreaking show.” 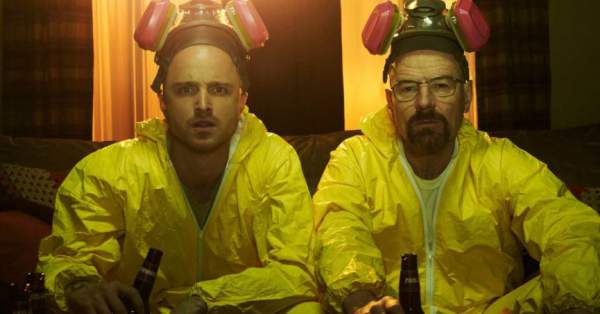 Other sites took the inspiration and republished the same news. According to Snopes, these sources are nothing but fake news sites who published stories with clickbait headlines.

The readers haven’t gone through the disclaimer page of The National Report. It states that its articles are a piece of fiction. Let’s have a look at it below.

“National Report is a news and political satire web publication, which may or may not use real names, often in semi-real or mostly fictitious ways. All news articles contained within National Report are fiction, and presumably fake news. Any resemblance to the truth is purely coincidental.”

Even if it is not going to be continued further, fans can enjoy BreakingBad spinoff Better Call Saul. Well, Better Call Saul a prequel series. They can enjoy watching Saul Goodman, ace attorney for chemist turned meth dealer Walter White. It is set in the pre-BreakingBad era. Before he started representing Albuquerque’s most notorious criminal, Jimmy McGill, he was a small-time attorney and struggled to make his name.

In an interview, Gilligan revealed that the story will get darker as the Better Call Saul proceeds. It will start showing resemblance with BreakingBad.

Odenkirk’s character will be moved away from Jimmy in the upcoming season. After that, he will introduce himself as Saul Goodman.

“There’s a big movement into the character of Saul Goodman. This is the first time he presents himself as Saul Goodman, which is actually kind of fun. There’s more of an internal movement of this really sweet character, Jimmy McGill, who kind of shuts himself down and does some very callous things that are very Saul Goodman-like. It’s just sad. It made me feel bad.”

What are your views and thoughts regarding Breaking Bad season 6? Did you see people sharing it on social media? Is it one of your favorite shows? Would you love if it returns in future?

Preacher Season 3 Release Date, Trailer and everything we know so far