Let’s check out what’s going to happen in Grey’s Anatomy season 14 episode 18. Here, we have some news, latest spoilers, air date and promo video. As seen in the trailer, April itself is turning up as a big obstacle in the relationship of Jackson and Maggie.

The upcoming episode is titled ‘Hold Back the River’ and in the teaser, you can see that Maggie is unhappy when she sees her lover interacting with his ex-wife. Jackson thinks about April, he is cautious and worries about the well-being of her. Earlier, he canceled the planned dinner with Maggie to take care of April.

Maggie understood it and didn’t take issues out of it, though she feel disappointed. Catherine and Richard, their parents approved their relationship. So, she just wanted to celebrated the approval. The parents knew about them even before they were caught exiting a room.

At first, Catherine was concerned about them, because Jackson was already involved in a complicated relationship with one of his co-worker. She feared the repurcussions as she has already faced too many headaches due to April. But, Jackson said that she should now trust him.

Though Richard was supportive, he did warned Jackson to not break his daughter’s heart. Maggie had an idea how would it be like to date a man like Jackson. Though April and Maggie have been good colleagues, their bonds are yet to be tested more deeply and at personal level. 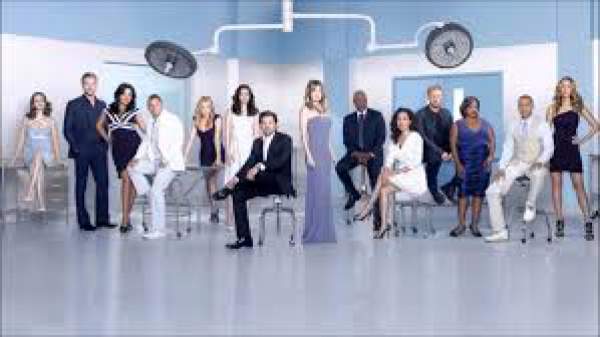 Maggie understands the responsibility of Jackson towards April and their child. But, that doesn’t mean she would be happy seeing April and Jackson together together at all times. However, Jackson has his reasons to be incessantly worry about his ex-wife. In the last segment, we saw her breaking down while treating a rabbit.

It is him who made April understand that not everything in life happens according to our wishes. She is upset in her life because of the constantly arising problems from time to time. Also, her failed marriage with Jackson is one of the reason, she isn’t happy at all. It haunts and hurts her when she sees her ex-husband happy with another woman.

According to a recent announcement, Drew and Jessica Capshaw won’t be a part of the ABC series in the future. After the news, several rumors surfaced. One of them was that it has been done to make a way to $10 million a year salary to Pompeo. But, Pompeo denied it saying that it was done due to creative reasons only.

Pompeo thinks that having 16 regular cast members and coming up new stories for all these characters give writers a real hard time. In the next episode, Meredith and Jo will be seen salvaging their project for the competition. They just need the right polymers to make their project work. At first, Jo decided to give up on it, but Meredith convinced her to give it one more try.

Quantico Season 3: Release Date and Everything We Know So Far