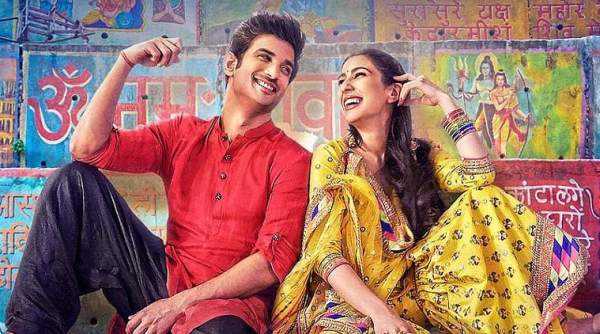 Kedarnath, directed by Abhishek Kapoor, has collected over Rs 42 crores in its first week at the box office. Most of the audience has been praising the performance of Saif Ali Khan’s daughter Sara Ali Khan in her debut Bollywood film. The movie released on the big screen on December 7, 2018, Friday.

As per the reports, the flick starring Sushant Singh Rajpurt in the lead role has earned Rs 3 crores on its 7th day of release at the silver screen. Even Rajinikanth’s 2.0 (also starring Akshay Kumar) hasn’t been able to overcome the Hindi market share of the film. Kedarnath is still faring well even after the weekend.

The story of the movie revolves around a Hindi girl played by Sara and a Muslim boy portrayed by Sushant. The flick is set against the backdrop of the Uttarakhand floods which took place in 2013. Besides its success at the BO, Kedarnath is also facing backlashes and accusations of promoting love-jihad.

However, the controversy surrounding the film hasn’t helped its BO collections’ growth. Also, it has been banned from playing in parts of Himachal Pradesh and Uttarakhand including Dehradun, Haridwar, Almora, Nainital, Pauri, Udham Singh Nagar, and Tehri districts of UK. So, it’s clear not everybody is happy with the movie’s content.

Ronnie Screwvala is the banner under which Kedarnath has been made. Songs have been composed by Amit Trivedi while lyrics have been written by Amitabh Bhattacharya. The complete film has been made on a budget of 60 crores and opened on around 1850 screens in India.