Lucifer Season 3: The next installment of part police procedural-romance-fantasy adventure-epic is going to release soon. The DEVIL will appear again on tv screens. The show gets better with the time. It has been very popular as compared to other DC shows. But, it may change because the makers are testing unusual stuff with the upcoming season of Lucifer.

It is evident from the fact that it has got better viewing figures than Supergirl, The Flash, and even Gotham. Gotham was the lead-in show until 2017. Here is everything which you may need to know as a fan. The series has already made a pact with FOX and cut down from season 2 and added them to upcoming installment.

The Episode 1 will be an unusual season premiere. It is going to be more complicated than a deal with the Devil himself. The last installment consisted of 18 episodes. First, Fox made a surprise deal with showrunner Joe Henderson to add four more episodes. But, later on, the network moved it to the start of season 3 of Lucifer.

So, technically, the season2 episode 19 will be the season 3 episode 1. It will be a four-part miniseries. It was quite a game in changing the plans. The upcoming installment is going to be different in a number of ways. The set has been moved to actual LA from Vancouver.

It seems to be a creative decision if it wasn’t meant for taking the new LA-based tax advantages. By the way, it will still make the show more real with the Devil as a lead character. 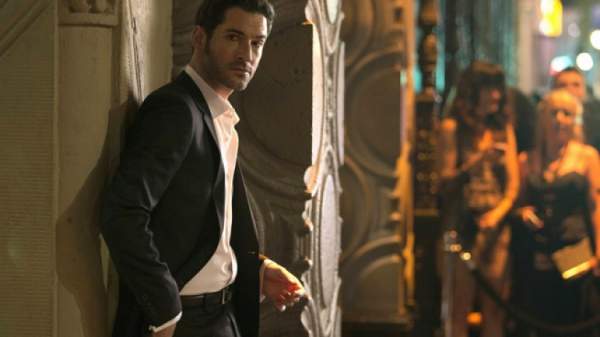 The synopsis of season 3 episode 1 is as follows:

“Lucifer returns to San Diego to heat things up. The climactic events of the season’s finale left us wondering, where in the world is Lucifer and how did he get his wings back?”

Lucifer Season 3 Release Date: When is the premiere?

Officially, the series s3 will premiere on October 2, 2017, Monday at 8/7c on Fox. It is going to be interesting as it will follow the X-Men show The Gifted which starts at 9/8c. All in all, the Monday nights will be awesome for comic fans in the USA.

A new has been dropped.

The first promo video was released at Comic Con in July 2017. It was as devilishly brilliant as ever. According to reports, Smallville star Tom Welling will come and give some trouble to our star. It was the first proper trailer after the end of season2 and was exciting too. It also tells that the show has been moved to a new time slot.

Some longer trailers are expected to arrive to keep the fans along.

The so far spoilers are for the opening episodes only. And they seem to be strange, at least for now. One of the first episodes is made on The Twilight Zone theme and it feels like a super-dark play. Another one might be musical with a lighter tone.

Maze will turn into Sherlock in an standalone episode. It looks like she will be having her story arcs too.

Lauren Holly will appear as a new character named ‘Roxie.’ Probably, she will be introduced in that ‘romp’ episode and storyline would revolve around a Las Vega casino.

Tom Welling as a police lieutenant named Marcus Pierce. Basically, he will be opposite of Lucifer in almost every way, but interest in Decker.

From various sources, we have heard that Lucifer season 3 seems to be a bit of a departure for the series as it is going to have a lot of changes and new directions.