Finally, the Malayalam movie Neerali has been released at the box office. Let’s now check out its 1st day collection and occupancy reports. The film has hit the theatres after getting postponed several times and the director has his long expectations.

It is the directorial debut of Ajoy Varma in the Malayalam film industry. Before this flick, Ajoy has already directed films like Dus Tola (Bollywood) starring Manoj Bajpayee and SRK starring Manoj Joshi & Vinay Pathak. Dus Tola received a good response from the audience. 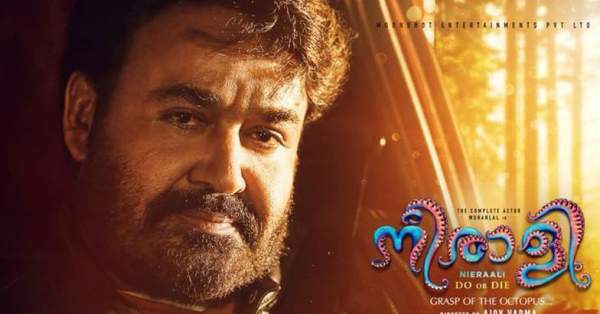 This time, Varma is doing a film with Mohan Lal, one of the biggest and well-established people in the regional film industry. Mohan’s fans are expecting it to be a bigger hit than his all-time best Puli Murugan. If it gets a good word of mouth, it could break all the previous record and set new ones.

Mohanlal’s latest film has seen good advance bookings and witnessed good occupancy in the morning shows. As per the sources, the film has attracted high footfalls at the theatres and most of them have got the houseful boards.

Neeral is going to a grand opening with its collection of around 14.5 crores at the box office in the domestic market (all over India). As usual, it will grow more on the first weekend as other films do. The upcoming holidays will boost its business further.

Besides Mohanlal, Neerali features Nadhiya and Parvathy Nair in important roles. The film has got a good screen count in both states – Kerala and Tamil Nadu.

Here is Neerali trailer. Let’s have a look at it.

Stay tuned to The Reporter Times for more news. The earnings figure will be updated tomorrow morning.