Our Girl series 4 release date: It is one of the best television series ever produced by BBC. The season 4 is going to release sooner than later in 2018. The officials haven’t revealed the exact premiere date yet. The official statement says “next year”. Let’s check out more about the upcoming installment. 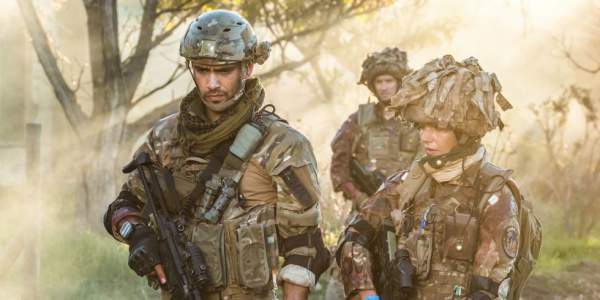 Our Girl Series 4 Plot: What to expect?

The miniseries will arrive as a pack of two separate stories. In the first one, there will be two sections and both of them will cover the Nigerian incident. Some of the schoolgirls have been kidnapped as told by Our Girl creator Tony Grounds.

In the story, Boko Haram controls the northern Nigeria while the Government controls the southern part. So, they go there to save the abducted schoolgirls. The idea has been taken from the real life 2014 incident in which 276 Chibok schoolgirls were kidnapped by a terrorist organization.

The special forces join them on the border of the Guatemalan/Belize. A couple of soldiers get lost in the jungle and thus are joined for on a different mission. It’s probably done by drug-runners who try to smuggle the drugs across borders. They are kind of people who will kill anybody who seems to rumble their drug routes and business.

Our Girl season 4 cast: Are there any new characters?

There is one major new character. It will be the replacement. Elvis will be replaced by a man named Bones who come forward to rescue of 2 Section. Then, he heads up his old special forces unit. There is no official report on who will play this special role, but the actor in question is said to be easy to the eye.

Will Rab be back for Our Girl series 4? Has he recovered?

Rab has recovered and will be seen in the new season along with Maisie and the 2 Section regulars. The fans will witness the growing romance between the two members of the squad. Grounds said that Rab definitely burns for his love interest, but don’t want them to just bonk because the following story seems unclear as of now.

Grounds seems to enjoy romance in old-fashioned way because it’s the only one. Elvis and George’s storyline is also on its way. The writers don’t want two similar things to happen at the same time. They have made the Maisie and Rab situation to go in an inimitable way.

What about Captain James? Has he left any future in the army?

As we all have seen that this character has gone through many tours and thus has seen many hard and unbearable circumstances preparing himself for the battle. He has now begun to understand and feel the stress of the trauma of each tour he has undergone to date.

“He will certainly be continuing the next two tours but can see Captain James doing a lot of self-reflection and therapy after the final tour, and after this final tour of his career. Then, will he take a desk job in Whitehall?

Since we know that he had a career in the army and has definitely gained a lot of patience from experience. Or is he the kind of person who would like to invest and make a fresh start? He doesn’t know yet.” Well, we need for the new season to be released to get to know what decision is being taken by Captain James.

Stay tuned for latest news on Our Girl series 4. It airs on BBC One.