Star Wars Rebels Season 4: Knock knock! Who’s there? It’s us, the heroes of Mandalore: StarWarsRebels. That sounds like a dream. But yes, this is true. Our notification board just got a pop up regarding the upcoming of SWR Season 4 and here we are to inform you about this. Hold on your breath and fill up your level of excitement for the show.

Now, the question is: What about the release date and furthermore details? For it’s fourth and final season, the TV series hadn’t received any specific date. The latest updates reveal that it would probably take place in Fall 2017. As the first three seasons took place in September, the same can be predicted for installment 4th also.

Let me come up with the wish list of the viewers. Whose return are you waiting for this segment? Saw Gerrera or Mon Mothma? I am waiting to view both of them. Remember the Scottish actor, Ian McDiarmid? You all might be thinking why am I talking about him at this very moment. There is some hearsay in the air which reveals that Ian McDiarmid is going to deliver the role of Palpatine in the upcoming segment.

Dave Filoni seems to blush by the allure of the final installment. He associated two words with this season, ‘dark’ and ‘fun’. This is much enough to raise up our elation. He feels gleeful regarding his decision for the closure of the show. Now, you must be thinking that it’s not enough what Filoni provided.

Being the producer, he must have given a good comment to promote his show. Yes, this is absolutely true. He mentioned that this time the fiction is getting a well-defined ending. 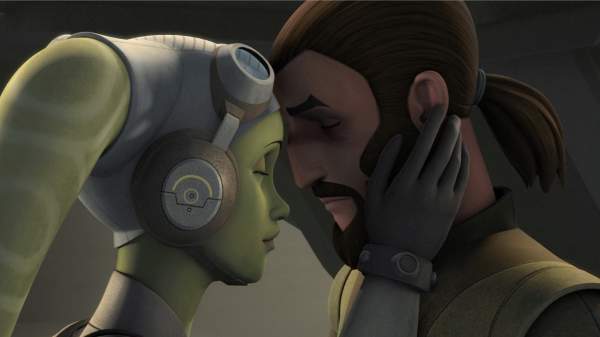 Guys, are you willing to visit the Mandalore: home planet of Sabine? So, what are you waiting for? Pack up your bags! Get ready! That sounds fun. Well, we’ll get to see Mandalore in Season 4. The Clone Wars series gave a lot of spotlight over this planet. It’s time again to look up here.

Many times, I wonder what if Rebels are present in the reality with us? Well, this thought just came up in my mind as I seem to be viewing the series for a longer period of time. This fascination had just found a corner in my mind and waiting for the series 4 with some popcorns. That calls for a great giggle.

Here is the incredible teaser / promo for the upcoming installment of SWR.

Stay connected to TheReporterTimes for further details and pop-ups. Hope you are waiting for the upcoming season with great curiosity.