Supergirl Season 2: The finale episode 22 of the current installment will see some important characters return. In the next week’s segment, we will see Superman, General Zod, Lillian Luthor in a new look, Rhea, Cat Grant, and maybe others too. The creators have spent a bunch of money on it.

Superman had been away after showing off in the start of the season 2. It will good to see him back. He will play an important part in stopping an intense fight with Rhea and her own army. He will help Supergirl and bring down Rhea to help save Earth planet. The fans will see two different and powerful forces clashing in the most epic crisis in the show’s history.

There is one more good news and it may prove helpful to the Girl of Steel. Cat Grant will re-appear on the show for one more episode and she will give her a sage advice which in turn will help in making the future of Supergirl the hero better.

Rhea wants to take revenge from Earth & Kara for Mon-El’s decision of staying on Earth. 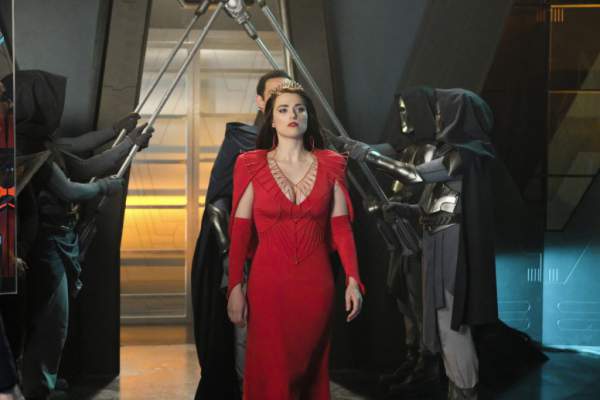 It will be interesting to see how the finale goes and ends in the last hour. It is being predicted that it will end in a way that the last did. The events would evolve and an interesting cliffhanger should be there to set the course for season 3.

Only one is confirmed for now and it is that Katie McGrath as Lena Luthor will be a series regular in the next installment. Let’s see what role does she play? It will be interesting to know more about it among several other things.

It is already known that the Supergirl season 3 will be back with new episodes. It has been renewed already in advance. It took place many weeks ago.

Supergirl season 2 episode 22 will air on May 22, 2017, on the CW tv at 8 pm ET. Stay tuned to TheReporterTimes for more Supergirl spoilers and updates.