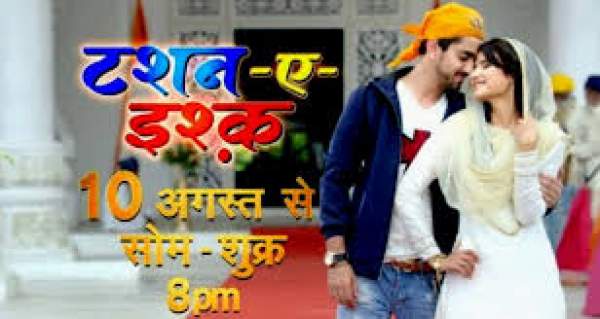 Tashan-e-Ishq 17th June 2016: Yuvi checked all the hotels. He thought where twinkle could be. Twinkle was in live nest lodge. She talked to herself and said her baby knew why they left home. Kunj and twinkle usually went there. Now she had to live with the memories only. She wished Kunj had been there with her. (check: Tashan-e-Ishq last episode.)

Pallavi and Kunj also went to the lodge and there she came to know that twinkle and Kunj frequently visited the lodge. Twinkle went to the room and asked her baby to see the room; the view was nice. Kashvi asked Kunj if he was hungry. She asked him to have breakfast as it was required before surgery.

Twinkle felt Kunj’s presence but thought it might be because she was there at the lodge. She said to herself that Kunj was always around her heart and mind. She recalled how they danced. Memories flashed back. She was in tears.

Manohar called the police and asked them to file missing report, but they refused to log complaint before 24 hours. Babe felt it was all due to her stupid talks about marriage. Yuvi said that she should have thought about the baby. He wished to be with her. He could take care of them.

Twinkle went to a restaurant. Kunj was there too. Kunj didn’t like the taste of coffee there. He heard that and asked the waiter if she could make the coffee. She made coffee of type Kunj liked. Kunj was stunned. He asked the waiter how he made it. The waiter told a lady made that.

Twinkle had left before Kunj saw her. Pallavi informed Kunj that preparations for surgery had been done. She left with him. Yuvi went to Gurudwara and prayed Guruji to help him to find twinkle. Babe continued to feel bad for talking about second marriage. She became unconscious.

Finally, Yuvi found her and shouted as why she left home. He was infuriated at her. Twinkle started crying. He asked her to go home. Twinkle refused. Yuvi got to know about the baby.

Kunj was in the operation theater. Twinkle and Yuvi came to the hospital to visit the baby. Pallavi and doctor went to Kunj’s surgery. Doctor declared baby out of danger. Leela shouted at twinkle on seeing babe’s condition. She felt like slapping her but stopped. Yuvi gave her sandwich asked her to eat that. Babe woke up.

Twinkle said sorry to her and stated that she would not do anything like that again. Kunj’s surgery was successful. Pallavi said he would soon be able to see his face again. Twinkle went home. Leela scolded her as why she did not understand that living alone was not comfortable.

She felt the pain when twinkle used to miss her father. She had to take the decision as what she wanted.