The Voice India 2017 Winner Season 2 Grand Finale: Check who won this year’s The Voice India title. Farhan Sabir from team Shaan has won the season 2. The singing reality tv show has been interesting to watch since the past few months on &TV. It has seen some of the very talented singers across India competing with each other.

All the contestants were divided into four categories each one with the four coaches – Shaan, Neeti Mohan, Salim Merchant, and Benny Dayal. The judges have done a fantastic job till now. After so many rounds, we have finally reached the grand finale which is taking place tonight, March 12, 2017.

With tonight’s show, the winner of The Voice India season 2 will be revealed. It will surely be a star dubbed evening with Asha Bhosle to be seen on the stage. Apart from the star performances, the audience will be eager to catch who will become the winner of TVI 2017 among Sona Vakil, Rasika Borkar, Farhan Sabir, Parakhjeet Singh, Niyam Kanungo and Sarayu Date.

Stay tuned live with The VoiceIndia season 2 Grand Finale updates in the realtime. A lot is going to take place today. The biggest and most anticipated part will be to watch the performances of the top 6 contestants and declaration of the champion. The latest reports say that Anushka Sharma will come to promote her upcoming film Phillauri.

Apart from Anushka, Asha Bhosle, Mika Singh, and Kumar Sanu will be seen performing on the stage for the final night of this year’s part. All of them will make the night very sweet and melodious. It is also being reported that TV actors like Krystal D’Souza will bring the fire on the stage with her incredible performance. 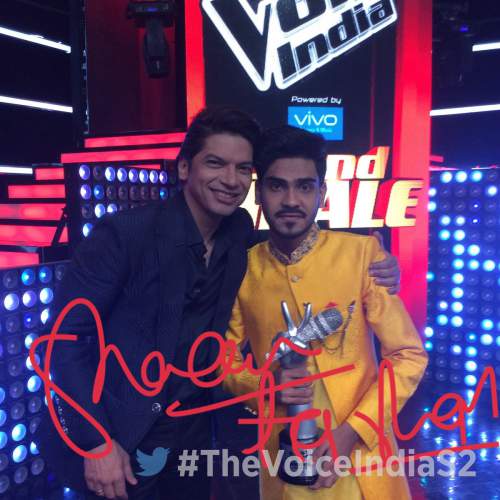 The top four contestants are as follows.

Following is what the champion received.

In the meantime, who do you think will be The Voice India 2017 winner? Comment the name in the section below.