The Reporter Times
Home Entertainment The Walking Dead Season 9 Release Date and Everything We Know So...

The Walking Dead Season 9: TWD season8 premiered with a great excitement amongst the viewers. But the dedicated fans might be wondering about the ninth season. And the audience might not believe it or think it just a hoax that the 9th installment has already been in talks. Well, in this article, you will get some clues regarding the season 9 of TWD. Here’s everything we know so far.

As expected, AMC renewed TheWalking Dead for season 9 in January 2018. And behind the scenes, all things have changed. Writer and co-executive producer Angela Kang has now been promoted to as the showrunner. The current boss Scott M Gimple will now serve as the Chief Content Officer to oversee the complete Walking Dead tv universe.

The Walking Dead Season 9: Is it a hoax? Or a renewal possible?

Nothing much revealing in the fact that TWD has gone through the renewal process and is ready for the filming for next segment. Season7 was a hit catching 11 to 12 million viewers. The highest was 17.2 million. Still, 12 million is still a big deal because FTWD typically gets 3 million viewers and Into the Badlands also attracted around 3.4 million viewers in the beginning of Season2 and around 1.2 million viewers at the end.

Moreover, Better Call Saul was low with 1.5 to 1.8 million viewers. Indeed, the producers can come up with as many seasons for the show as they wish. During PaleyFest in LA, the showrunner Scott Gimple was seen showing his wish to complete the 20 years of TWD. So, the facts hint that the Season9 isn’t a hoax. And it will come sometime in 2018. The audience might be excited to catch up with more updates for Season 9. 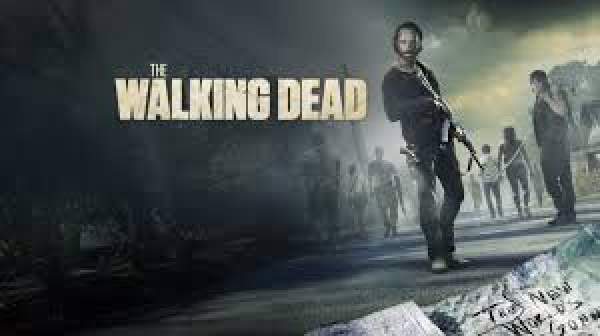 TWD is following a predictable release schedule. That’s completely opposite to its sister series “Fear the Walking Dead.” Here, we can assume for sure that the ninth installment will air in October 2018. The official date has been updated below.. Just go through the premiere dates for all the seasons of TWD:

In the UK, the FOX airs usually a day later. So, the respective episodes will air on the next day in the United Kingdom. There is a possibility that the premiere will be simulcast with the US showing.

The Walking Dead Season 9: How will it be different from other seasons?

Watching out Season8? The viewers for s8 might feel more excited to check season 9 updates. According to Gimple, more emphasis would be given on teams in season 8. And in the next installment, things will be much different to see.

Here, comic book readers will be more clarified by what Gimple means. The show doesn’t seem worried to diverge its storyline from the comic books. One can make a correct guess to what the statement reflects in terms of its meaning. However, it is safer to say that Season9 will twirl the things upside down.

The cast and characters signed for Season 9. Who’s in and out for the show this time? Sources reveal Andrew Lincoln’s and Daryl Reedus’ contracts journey last up through Season8. The stars earned $550,000 per episode in Season7. And for Season8, their earning raised up to $650,000 per episode. The show turns out to be a commitment for the actors.

Most of the times, the actors don’t like to remain connected with the same project for such a long time. Probably, chances are that the two actors will join the show again in its season 9. But, anything can happen in such a universe. Indeed, Lincoln and Gimple believe that the horror show The Walking Dead can run smoothly without the presence of Rick’s character in it.

The first trailer came out in Comic-con 2018 just as for the previous seasons did. It gave a hint of the relationship between Rick and Maggie. We also got to see the first look at the Whisperers.