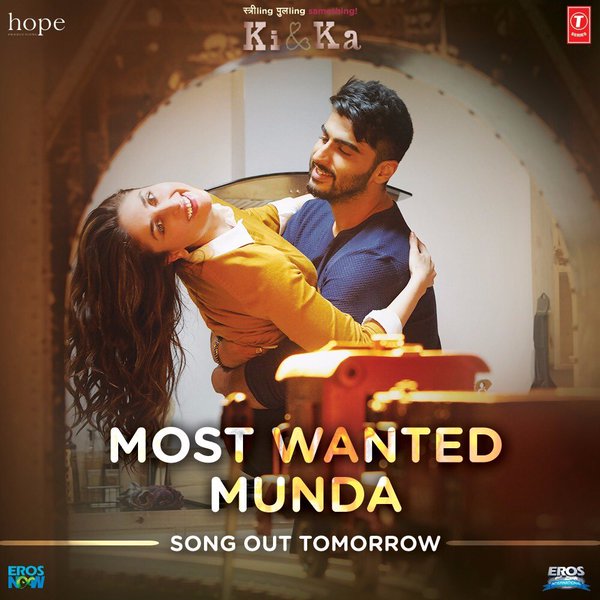 Arjun Kapoor is now the Most Wanted Munda of the town and have a happening buzz around before the official song launch. The movie Ki & Ka is coming up featuring Kareena Kapoor and Arjun Kapoor in the leading roles.

In the movie the story breaks the stereotypes projecting a way lovely boy who have his fantasy to be a housewife and a girl (Kareena) who is better in business than many other boys. Usually society labelled boys with the business, the movie is completely in contrast of the same.

When in the first look poster, Arjun was seen in the high heel sandals, it was funny yet confusing moment for the fans. Later the truth is revealed that its actually a movie in which Arjun will be seen in a never like role.

Earlier this day we have seen a video of Kareena Kapoor and Arjun where they argue and said ” (KK) Your gender doesn’t define your choices, You do, This women’s day celebrate yourself as an individual. (AK) Let Everyday be about celebrating the women you love (KK) And as a person who chooses their own path, Happy women’s day, today and everyday”

Happy women’s day in advance to all u amazing women out therehttps://t.co/znhypHd0wt

Today evening, Arjun Kapoor uploaded a video on his twitter timeline, which a bit emotional. He congratulated every women to be a such an important part of a men’s life. He said that tomorrow is very important day for every women and one should definitely celebrate day.