The Reporter Times
Home Entertainment Who is Avery Dixon? Wiki, Bio, Girlfriend and Family of AGT 2022... 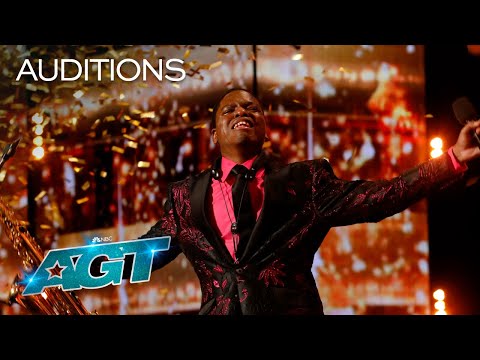 Who is Avery Dixon: Avery Dixon is the first America’s Got Talent Season 17 Golden Buzzer winner. The young saxophone player Avery Dixon got direct entry into the finals of AGT 2022 as host of the show and Avery’s ‘Big Brother’ Terry Crews used his Golden Buzzer to back him.

This season of America’s Got Talent (AGT) 2022 is dubbed Extreme. It is a reality television and talent show created by Simon Cowell and hosted by Terry Crews.

During the audition phases, Avery Dixon showed off his saxophone abilities on America’s Got Talent 2022.

Contestants in this reality show perform in a variety of genres, including singing, dancing, acrobatics, comedy, magic, and illusionism to impress our judges throughout the audition phases.

Who is Avery Dixon?

Terry’s Golden Buzzer is not an easy one to score in America’s Got Talent. He usually uses his Golden Buzzer to support social causes and with Avery Dixon, Terry did just the right thing.

Ever since school, Avery was bullied by his seniors and he found the saxophone as his best friend in overcoming his suicidal thoughts. Avery learned to play saxophone in order to give purpose to his birth condition which made his voice heavier than others.

Avery is always uploading videos of himself playing the saxophone on Instagram and TikTok. He covers Alicia Keys, Boyz II Men, and John Legend hits in his own arrangements.

The former president of the United States, Barack Obama, wrote a letter to the musician praising him for his accomplishments and urging him to keep working hard for his neighborhood.

Avery Dixon and Terry Crews are not directly related. After hearing his story, Terry offered Avery the big brother anyone can dream of to stand against bullies. Terry his calling himself as ‘Big Brother’ of young saxophone star who was bullied as a child.

After struggling for many years, emerging singer and musician, Avery Dixon achieved a lot of appreciation from supporters all around the world.

According to the website averydixon.com, the saxophone artist was born weighing just 1 pound 8 ounces and was not expected to survive due to his physical challenges.

Avary was born with a voice defect caused by a birth defect that prevented his vocal cords from completely closing. This fault resulted in making his lungs ‘more powerful’ which Avery Dixon uses to charm people with Saxophone skills.

The saxophonist’s repertoire includes Gospel, Jazz, R&B, and Classical music. Despite the fact that he has asthma and other medical problems, the saxophonist has defied all odds by playing the saxophone.

Avery Dixon made her mother proud of his son after Terry Crews used the Golden Buzzer to back the bullying victim as ‘the big brother’. He was awarded the first-ever Golden Buzzer moment in AGT 2022.

The name of his mother is Lisa, and the identity of his father is unknown. The saxophonist is a true marvel, and his greatest inspiration, following in the footsteps of Great Grandfather Maxwell Davis. Maxwell “Max” Davis, his grandpa, was an American R&B saxophonist and arranger who is known as the “Father of West Coast R&B.

Avary Dixon is close to his relatives and always uploads pictures with elders of his family on Instagram. The saxophonist’s mother was very vocal about her son’s talent which helped him to gain this fame. As of the moment, Avary Dixon is single and not dating anyone in public.

Avery Dixon’s net worth before starting AGT 2022 is around 10,000$. He is currently living with his parents in a poor neighborhood.

Avery Dixon Hometown: Where Is He From?

Avery Dixon was born and reared in the United States of America, where he is an American. As a Young Delegate, the saxophonist performed in the National League of Cities Congressional City Conference in Washington, DC.

Since 2009, Dixon has been entertaining audiences with his smooth voice and confident stage presence. With the ability to captivate fans twice his age, the vocalist now uses those tremendous lungs to soothe them.