BJP Spokesperson Dr. Sambit Patra has expressed regret for asking the public to beat up Congress President Rahul Gandhi with shoes, in one of his statement. Patra is well known for making controversial statements to defame BJP’s political rivals every now and then.

This case took place at the Aaj Tak studio wherein a debate was going on surrounding the surgical strikes. During the show, he said – “Joote Maaro Rahul ko” and repeated the same. Joote Maaro Rahul Ko means Beat up Rahul Gandhi with shoes. 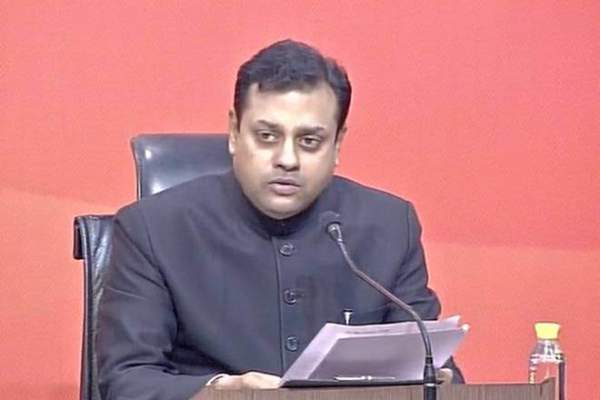 The Congress spokesperson Rajeev Tyagi got angered with the insulting comments and call for violence by Sambit Patra. After getting angry, Tyagi decided to start an unplanned protest inside the Aaj Tak studio. He did it to demand an apology from Patra.

On the contrary, Patra didn’t show any sign of remorse for using a distasteful form of language. Every politician should take care of words in his/her speech. But, instead, he demanded the Rahul Gandhi must apologize for making comments against Indian Army.

Later on, on Saturday, BJP spokesperson shared his apology statement via Aaj Tak. He said,

“I wanted to say that traitors must be thrashed with shoes. But, I ended up saying accidentally that Rahul Gandhi should be beaten up with shoes. I regret uttering some bad words for the Congress president. Although, the Congress should also not have called PM Modi (Mughal emperor) Aurangzeb.”

Patra’s comments made journalists and commentators to express their ouster. They took to social media to post their views. And many of them argued that Bharatiya Janata Party should apologize on Patra’s behalf citing that its rival Congress party suspended its senior leader, Mani Shankar Aiyar after he referred PM Narendra Modi as ‘neech’ (lowly).

Here’s the controversial video below.