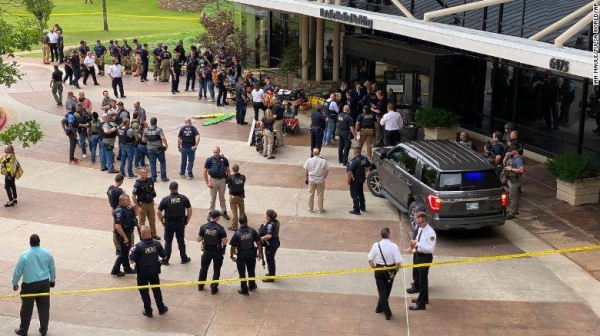 It was not even a month passed away from the wounds of the Buffalo shooting, the states saw another doomsday in growing violence. If believed the eye-witnesses, Dr. Preston Phillips was the target in the Tulsa OK shooting.

The shooting took place on the 101st anniversary of the Tulsa Race Massacre, in which a white mob burned a Black neighborhood and as many as 300 people were killed.

Tulsa OK Shooting was not a racist attack – The gunman in the Tulsa shooting was a ‘Black Man’ according to the authorities. The target was also a member of the Black Community – Preston J. Phillips, MD

Also See: Who is Dr. Preston Phillips M.D.? Is he alive? Net Worth, Education Wiki Bio of Tulsa Doctor

The South Tulsa hospital plunged into utter mess Wednesday evening after hundreds of Tulsa police officers reacted to a mass shooting in which five people including the gunman died. Learning from the mistakes of officers responding to Salvador Ramos, Tulsa Police was ready to shoot down the gunman point-blank.

The police described the shooter as a “Black male estimated to be 35 to 40 years old” who killed himself after taking 4 lives.

At Around 4:56 p.m., Tulsa Police officers arrived at the Natalie Medical Building which is inside the Saint Francis hospital. The police wagons started lining up and sharpshooters were ready for any opportunity to kill the gunman.

Tulsa Deputy Police Chief Eric Dalgleish revealed that the shooter wasn’t carrying any big guns – he only had a rifle and handgun. According to our sources, Tulsa police have already identified the person and will soon reveal his identity. The police revealed that the attack couldn’t be linked to racism because both attacker and victim were ‘Black Man’