Australia vs Bangladesh ICC Champions Trophy 2017 ODI match is today. The live cricket streaming and cricket live score updates will be made available here itself. The cricketing tournament which is played every two years witnessed an amazing India vs Pakistan yesterday. (Watch: England vs New Zealand.) 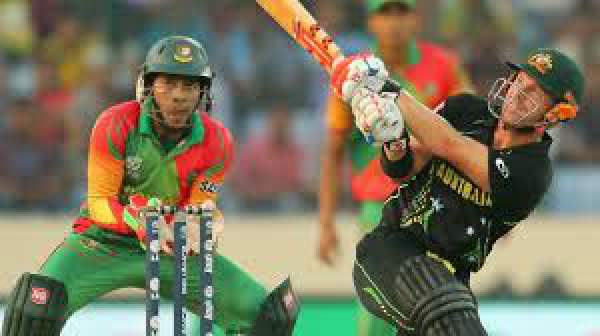 Coming to today’s particular game, neither of the opponents – Australia or Bangladesh had a great start in the ICC CT 2017. Bangladesh lost its first match to England while Australia’s game was interrupted by rain. Today, the match is to be played at The Oval at London. Both of them desperately need a victory to stay in the tournament.

One more defeat will kick them out of the final four and England will be left to enjoy at this scenario. Both the teams displayed poor bowling attack as Australia gave away 291 runs in 45 overs while Bangladesh conceded 308 runs. To be specific, the pace attack of Australia was poor.

Australia vs Bangladesh: ICC Champions Trophy Group A Match Date & Time – When is it?

It starts on June 5, 2017, at 6 pm IST, Monday evening. Australia has gained one point after a rain-affected game while Bangladesh hasn’t opened its account yet.

The match’s toss will be done 30 minutes prior to the first ball of the game. The viewers can tune into Star Sports and Hotstar at that moment for expert analysis and a look ahead.

The Group A match of the Champions Trophy will be played at The Oval in London, England. The weather would be cloudy and it might rain at some stage.

Star Sports Network will broadcast the cricket match live in India. The live streaming of Aus vs Ban will be available on Hotstar. The live commentary and updates will be there along with live action and live score updates.

Stay tuned to TheReporterTimes for latest cricket news and other sports‘ updates around the world.