The Reporter Times
Home Sports Breaking Down the NBA Landscape as Odds Grow That 2019-20 Season Will... 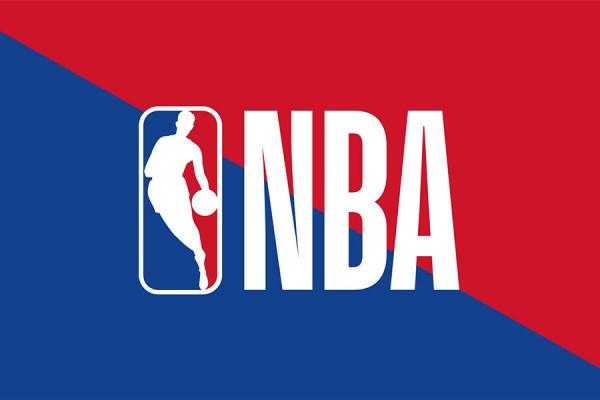 The sports sphere is in a constant state of change as a result of the coronavirus pandemic, with players, teams, and leagues forced to adapt in an ever-changing environment.

Basketball was among the mainstream sports to be halted mid-season in March due to COVID-19, and it’s widely agreed that the campaign should only be resumed when it’s safe to do so.

The NBA, like most major organizations, appears eager to make that happen provided it can be pulled off without leading to another spike in the potential spread of the coronavirus.

The Milwaukee Bucks built a 53-12 record at the head of the Central Division before the season was suspended in mid-March, and they remain the +240 favorites to be crowned 2019-20 champions in the event this year’s calendar is completed.

New Jersey residents can place bets on the NBA with the legal sportsbooks options available, though the list of states where sports betting is legal continues to rise. Ron Fritz of Gambling.com recently reported Colorado is on course to begin sports betting functions on May 1 despite uncertainty over when leagues will resume, while plans to launch 10 betting sites in New Hampshire by the end of March have been shelved indefinitely following the pandemic.

The Athletic’s Sam Amick wrote on Thursday (April 16) there is a feeling of positivity among owners, players, agents and some in the NBA’s offices that this season can be saved.

Amick conceded his interview pool didn’t cover every staff member in those sectors but added that “in making the rounds with some of the more prominent people in those communities, I quickly found it apparent that there’s a shared goal of finding a way of finishing this campaign and a widespread sense that it’s still feasible. Somehow. Some way.”

As has been highlighted by those in and around the sport, the 2019-20 NBA season had only a couple of months remaining and was nearing completion in any case. The idea of a “bubble city” has been promoted, in which teams and limited media would be quarantined in an effort to see out the remainder, with June touted as a possible return date hoping to see the Finals in October.

Dallas Mavericks owner Mark Cuban recently appeared on 93.7 The Fan (KDKA-FM) in Pittsburgh (via CBS Sports) and was hopeful of action getting back underway in June:

“If things really go our way, it’s not inconceivable to me — and this is me being hopeful and not being scientific — that we could potentially play games in early June. I think we’re coming back. I can’t tell you exactly when, but this is purely a science and doctor’s thing. My attitude always is it’s not about if the glass is half empty or half full, it’s who’s pouring the water. In this particular case, it’s the scientists pouring the water. All I know from all the science and everything that I’m reading, I think we’re making enough advances that several of them will come through so we can start planning what a comeback would look like.”

The two Los Angeles giants—the Lakers and the Clippers—followed Milwaukee as the most favored to win this season’s title, priced at +250 and +325, respectively.

Looking towards the injured roster, the Lakers could see Dwight Howard continue his resurgence at the Staples Center if he’s fit and healthy when play resumes. The franchise will also place a lot of faith in the fitness of LeBron James, who has continued to stand out for them this season.

Lower down the rankings, the Brooklyn Nets—30-34 and fourth in the eastern conference—could hope to welcome Kevin Durant or Kyrie Irving—or both—back into the fold following serious injuries should the calendar resume. Durant—who was one of four Nets players to test positive for the coronavirus but has since recovered, per NJ.com—hasn’t featured since he ruptured the Achilles tendon in his right leg in June 2019, but he has the power to transform a team himself.

The Nets are way down the NBA odds pile at +6000 (61.00), but their prospects would be drastically improved if he and Irving were to make their way back into the picture.

Teams will also have one eye on the uncertain future of this year’s NBA Draft. FanDuel is offering selections on who will be the No. 1 pick to go in 2020, with Georgia Bulldogs prodigy Anthony Edwards tipped to take that spot while 7’1” James Wiseman is also highly favored at +180 (2.80).

The coronavirus has resulted in more than 145,000 deaths worldwide as of Friday (April 17), with around 30,000 of those coming from the United States, which has quickly become the worst-affected country. The U.S. has more than 675,000 confirmed cases of COVID-19—more than three times any other nation—and an improper plan to resume sports before a vaccine is found could be an irresponsible way to bring about the undesired second spike.

Those statistics—courtesy of the Center for Systems Science and Engineering (CSSE) at Johns Hopkins University—show how serious the matter has become in the U.S. particularly, meaning the 2019-20 season could remain shelved unless we soon see improvements.