The live streaming of Portugal vs New Zealand (POR v NZ) and live score. Today, we have the final game of group A as New Zealand and Portugal goes head to head for the third round fixture. Portugal is currently second on the table with four points and NewZealand is last on the table with 0 points from two games. (Watch: Mexico vs Russia.)

Portugal needs to draw here if they want to qualify for the semi-finals but by looking at New Zealand’s form, a win here seems easy for the European Champions. Portugal played their previous game in the tournament against Russia and won the game by 1-0 with Ronaldo being the scorer.

They had 51% of the possession and 12 shots out of which six were on target. Their first win came in the tournament’s second game after they had to settle for a draw against Mexico in their opening match. Cristiano Ronaldo has scored 14 goals in his last 10 games fr club and country and is currently the best player in this world. 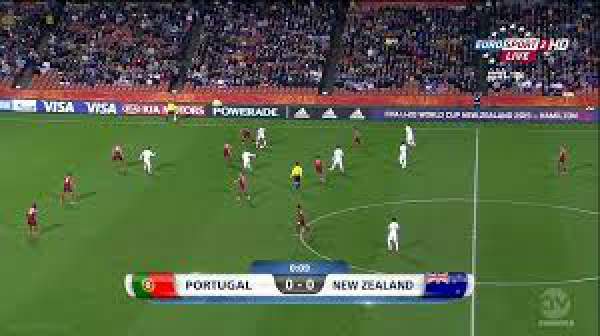 NZ has already been eliminated from the tournament but they could see this as a great opportunity to play against the best teams in the world and come back stronger whenever they play in a tournament like this. They have already lost both their games in the tournament.

They lost against Russia in their opening game by 2-0 and then against Mexico by 2-1. Now they play against the European Champions and playing against them would be really difficult for the black caps.

Portugal should win here with ease as they are the better team and in good form as well.

Stay tuned to TheReporterTimes for latest football news and sports updates around the world.