The 2022 off-season was a hectic spring for quarterbacks in the NFL as many established players were on the move. Russell Wilson ended his 10-year tenure in Seattle and was traded to the Denver Broncos. The Cleveland Browns acquired Deshaun Watson from the Houston Texans, while Carson Wentz and Matt Ryan were also traded, landing in Washington and Indianapolis respectively.

The 2023 off-season could offer just as much drama, with names such as Tom Brady and Lamar Jackson potentially available on the open market, while trade speculation continues to surround Aaron Rodgers. It is going to be fascinating to watch all the potential movement, and we could even be surprised with other players and teams that could get involved in the action. We’ll now look at where the top players on the market could land for the 2023 season and beyond.

Brady stunned the NFL by reneging on his decision to retire after the end of the 2021 season. There were only 40 days between his announcements of retiring and then unretiring! Many believed that the Buccaneers would roll into the playoffs as one of the leading contenders for the Super Bowl. However, it has not been the case Brady and his team have struggled immensely, with the quarterback in danger of posting a losing record for the first time in his career.

Brady endured a number of personal issues in the off-season that prevented him from spending time on the field during training camp. The Buccaneers also lost head coach Bruce Arians, who was replaced by Todd Bowles. It’s fair to say the entire operation has been a mess, and Brady will likely be on the move at the end of the season when his contract expires.

Despite their issues, there is still a slim chance the Bucs and Brady could sign off the 2022 campaign with a Super Bowl win. Their odds will be large with Caesars Sportsbook, and it could be a perfect chance to make a Hail Mary wager on the Super Bowl. If Brady wins it all again, he may opt just to call time on his career, with a deal already waiting for him at Fox Sports.

That would be too easy for the GOAT, who will want to go out on a high note. A move to the San Francisco 49ers would be the perfect swansong for Brady, with the chance to win an eighth Super Bowl with his boyhood team.

The 49ers are in need of a quarterback due to injuries to Jimmy Garoppolo, who will be a free agent anyway, and Trey Lance, who does not look read to take on the mantle year. Kyle Shanahan’s team have an incredible defense and enough talent on offense to go all the way in 2023. A one-year deal to win it all for the 49ers would be the perfect ending for Brady.

Jackson reportedly wanted a $240m guaranteed contract to sign on a five-year deal with the Ravens to match Watson at the Browns and Kyler Murray at the Arizona Cardinals. Baltimore were not inclined to offer the guaranteed money even for their star quarterback, and now there is a chance that he could hit the free-agent market if the Ravens do not use the franchise tag on the quarterback. They could still franchise him and then trade Jackson, which seems the most logical step.

On the field, Lamar has been outstanding, with the 2019 season being the highlight of his career to date. Jackson won the MVP award, displaying an incredible display of athleticism and poise. His form has not quite matched those levels since, but he has still be one of the best quarterbacks in the league. Baltimore have not threatened in the post-season with Jackson in place, which may have given the ownership group reservations about committing the amount of resources to the quarterback. 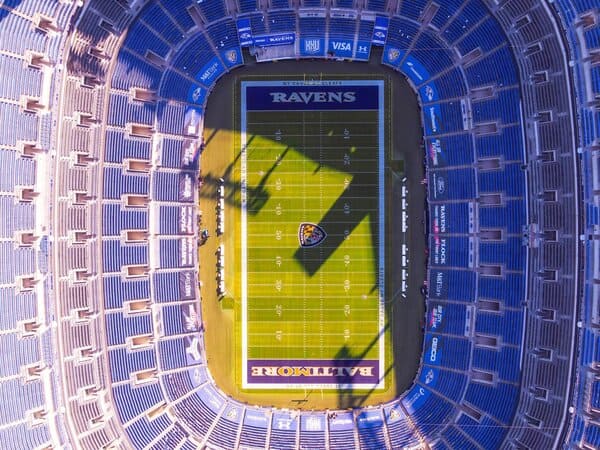 But, perhaps the most important factor in contract discussions has been his health. As a running quarterback, Jackson takes his fair share of blows, which resulted in him missing the final few games of the 2021 season. His health has also been an issue in 2022 as an ankle injury sidelined Jackson for a period toward the end of the regular season.

The 25-year-old is going to continue to take these blows, and the Ravens will have natural reservations about his long-term future. They may opt to take their chance in the NFL Draft to find his successor. Jackson will not be short of suitors should he hit the open market, as up to 25 teams would take him in a heartbeat.

The 49ers would be an interesting move, but also the Colts, Panthers, Saints, Falcons, Giants, Texans and Patriots among others. You might be gambling on his health, but there’s no denying he is blockbuster entertainment.

Rodgers has been simmering for a while in Green Bay due to their inability to get over the line to return to the Super Bowl. Time and again, the Packers have reached the playoffs, but have not been able to beat the best teams in the NFC, either in the Divisional Round or the NFC Championship Game both home and on the road.

The situation took a turn for the worse in the off-season when the Packers traded away Rodgers’ favorite target Davante Adams to the Las Vegas Raiders, leaving the quarterback with rookie wide receivers to throw to.

Both Christian Watson and Romeo Doubs have made improvements in the 2022 season, but the Packers are unlikely to be strong enough in the 2023 season to compete with the best teams in the NFC.

The 39-year-old could be tempted to remain if the front office makes another off-season splurge to acquire talent on offense and improve the defense. It should not take much to return Matt LaFleur’s team to the post-season if Rodgers remains, as the Minnesota Vikings have played very much in the margins, despite their NFC North win.

If Rodgers were to demand a trade, he would not be short of suitors. The 49ers would make a great deal of sense, although the Packers are unlikely to trade him to an NFC rival. The Patriots could make a run at luring Rodgers to have one last run at the title under Bill Belichick, but whether they have the capital is debatable.

The New York Jets would certainly be a bold move to solve their quarterback issues. All the pieces are in place in New York with a stellar defense and talented weapons on offense. Rodgers would also get to work with another LaFleur with Matt’s brother, Mike, serving as the Jets’ offensive coordinator. The Jets need a spark to take the next step in the AFC and Rodgers could be the short-term solution to success.