Dying Light 2: There is this awesome piece of news for DyingLight lovers! Nah, it’s not what we all were expecting- the release of a sequel to this 2013 first-person open-world adventure. But, we did hear that it is coming out sometime in 2019. The talk of the town is that the developers at Techland are in plans to roll out some more packs to existing original game.

And these are gonna be completely free of cost. For those who are unaware of this sensation, it’s time that you try your out here. This is an open world first-person survival horror action-adventure role-playing video game developed by Techland and published by Warner Bros. Interactive Entertainment.

Released in 2015, it is available for Windows, Linux, PS4, and Xbox. And to take the level to whole new another level, Techland has decided to give into public’s demand of making it more exciting by releasing some 10 packs over a period of next one year.

“Not a single day passes without requests for new weapons, outfits, and quests,” said Techland CEO Pawel Marchewka. He added that the fan’s continued and ever-increasing enthusiasm and engagement made Techland announce its continued support for the game.

The team is developing more original content for the fans. So, they should get to face more new challenges and enemies, new gameplay mechanics, solve new mysteries, and explore new locations.

This would be the biggest change in the whole DyingLight scenario since the release of The Following expansion, which helped hike the downloads go north, as quoted by company sources. “The Following” brought along many new missions and with a rise in options available for vehicles and armor.

The sources clearly stated that all the packs would come at no cost at all but there were no hints regarding release dates.

And with such high spirits of the developing team pumped by the constant success, the day is not far when these guys will start working on the sequel to this classic. 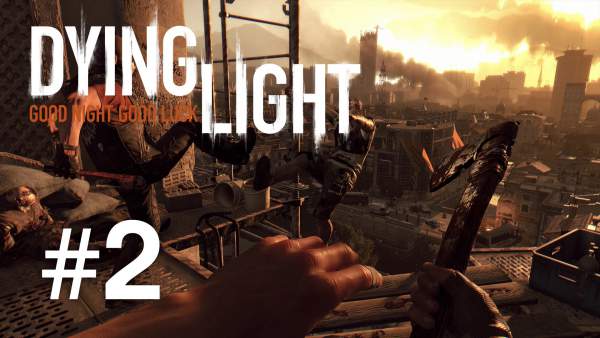 Fans have been expecting Techland to release Dying Light 2 for quite some time now. But, the team hasn’t answered any of the related questions yet. It seems they are figuring out what should be the next big thing to include in the sequel.

Once CEO Pawel Marchweka told Eurogamer that Techland has given sufficient amount of time to Warsaw along with one more project that would be liked by fans. He also said that DL and Dying Light 2 are their priority and favored than Dead Island game.

That unnamed project has baffled the fans. Marchewka has continuously denied that suspicion that it none other than Dying Light 2. The company has worked on similar titles like ‘Hellraid’ and ‘Call of Juarez’ which have made massive fan bases.

Producer Tymon Smektata told TheReporterTimes that the company has many ideas regarding Dying Light sequel. On the other hand, Marchewka has been keeping a tight lid and teasing more. It could be an awesome open world, single, and multiplayer mix second installment.

In an interviews, the game’s lead designer Tymon Smektala emphasized that Techland will make it hit 4K resolution and 60fps on PS4 Pro and Xbox One X.

As of July 2017, DyingLight is being played by 8 million players around the world and already been pirated 3 million times. We did get some glimpses of the sequel at E3 2018.

The official trailer released on June 10, 2018, at E3 2018. The sequel takes place 15 years in the future of the original story. Releasing the trailer implies that the game is in its last stage of production.

Dying Light 2 is much more of an RPG this time

Chris Avellone, a famous games writer known for his work on RPGs has been assiting Techland to develop the story.

DL2 is going to have an organic plot and reactive entity which can go in multiple directions. It will all depend on the player/gamer as how the user respond to the various situations in the zombie apocalypse. The players’ actions will affect the world around him/her, from the threat level to its populace to the scarcity of the resources.

For now, stay tuned to The Reporter Times for more updates!