Google Tez app was launched on September 18, 2017. Tez apk is now available to download from Google Play Store and Apple App Store for Android and iOS (iPhone, iPad) respectively. It’s a NPCI UPI based digital payment application. It will give competition to government’s BHIM app and PayTM.

In the last decade, mobile payment options have risen up to a whole new level. PayTM was already in use by a majority of people, but Indian government’s decision of demonetizing two currency notes last year increased its usage and popularity to a new extent. Then came BHIM apk for iOS and Android which enables users to receive or pay directly from bank accounts. 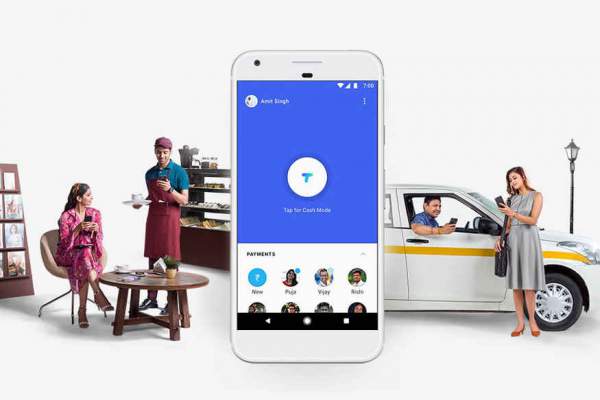 With increasing population and time, people are diverting towards using mobile applications because of their ease to use. Google’s new app Tez is a mobile wallet which links your phone to your bank account. Thus, helping in instant, quick, easy, and secure digital money transfer.

Following are the top features of Tez app.

The Google Tez app has got support for business owners / merchants. Those who have individual current accounts can receive up to Rs. 50,000 per month without any fee/charges. But, exceeding that amount, your bank may charge some additional fees.

Google has said that it will add debit card payment support on the app. You will get recurring bill reminders. The app’s interface is easy to use and simple. All Indian banks with UPI support have been included in the Google Tez apk. The list includes banks likes of ICICI, HDFC, IDBI, SBI, etc.

To get an initial boost to the app, Google is offering a bonus to the new users. When you refer your friend and they install it with that link, both of you will receive an instant bonus of Rs. 51 on your first transaction. According to Google, Tez surpassed 12 million users and 150 million transactions by December 2017.

With Tez app, sending and receiving money is easy. The guide will be updated.

You should note that the Google Tez app won’t work with an unlocked bootloader or a custom ROM. It may show error/warning like the software the phone is running on is not secure. The list of issues and troubleshooting will be updated in a separate guide.

It still offers reward for referrals, and also for P2P transactions.