The Reporter Times
Home Entertainment Outlander Season 4 Release Date, Cast and Everything We Know So Far

Outlander Season 4: Watch the amazing teaser trailer for the fourth season of Outlander. Along with the filming of the fourth installment, some adventures have been revealed of Claire and Jamie’s life. The audience would be thrilled to know about the release of season4. Starz has officially revealed the premiere date for its series’ upcoming installment.

Outlander is a British-American television series released in the United States on August 9, 2014. The drama series has been picked from the historical time travel with the same name of a novel by Diana Gabaldon. Starz was the original network of release for the show. The science fiction was developed by Ronald D. Moore and took its production by Sony Pictures Television.

This time the Droughtlanders by royal decree needs to take a step back. Starz’s network doesn’t wish to disturb the fans excitement. That’s also the main reason they starting the casting for the Outlander season 4. The teaser for Outlander S4 is out for the audience waiting for such a long time. Along with, there’s a lot more to be explored in the upcoming installment.

Season4 will be filmed with brand new 13 episodes for the fans. In August 2018, Starz announced that the Outlander season 4 release date is November 1, 2018, Sunday, in America. As usual, the UK fans will get to watch it 24 hours later, i.e., on November 5, 2018. And the Americans fans will get their hands on the show before the British counterparts.

On this occasions, a poster was released. It features Claire (Caitriona Balfe) and Jamie (Sam Heughan) holding hands. The poster marks the season’s tagline “Brave the new world.” It is based on the book titled The Drums of Autumn by Diana Gabaldon.

Both Jamie and Claire will be returning back to their roles as Sam Heughan and Caitriona Balfe respectively. It will focus on a new beginning of their love life roles and more adventures will be explored therein. The beginning of a new chapter will cast some new characters in it. Those who are familiar with the show must be aware of these two role plays and their journey.

According to Deadline, Maria Doyle Kennedy and Ed Speleers are set to make their appearance in the Season 4. Kennedy will be acting as Jocasta, the strong-willed aunt of Jamie. Speleers will be showing the role of Stephen Bonnet an Irish lad who’s been recognized from two of his traits – pirate and smuggler.

Kennedy’s work is remarkable as seen in many of her works including “Orphan Black”, “Sing Street”. Kennedy enhances the worthiness of her character with her marvelous skills. Speleers skills can’t be neglected and his works include “Wolf Hall” and “Downton Abbey”.

Outlander Season 5: Is there a renewal possible? Or Is it a hoax?

Starz took a big challenge for the “Outlander” show by commanding two new seasons at once. Again, the wheel of casting has been rolled action for the next installment of Outlander. Ronald D Moore’s TV series adaptation from the novel of Diana Gabaldon will be renewed again for its fifth chapter.

With the beginning of talks about Outlander season 4, there is a follow-up to the early talks of Season 5 too. According to some official press release, we get to learn that Starz confirmed that the fourth installment will be picked from the fourth book of the series, namely, “Drums of Autumn.”

Starz CEO Chris said that Outlander has a total of 10 books and they are having a very productive session for the show. So, we can expect more seasons to arrive in the future. The show has already been renewed for two more seasons – 5 and 6. The fifth outing will be released in autumn 2019. 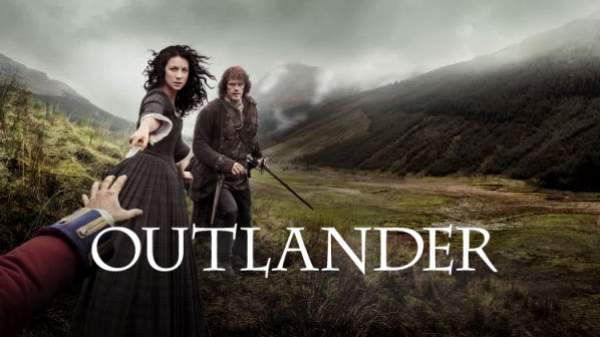 Honcho Chris Albrecht (Starz’s head) said about the next season,

“Outlander comes up with the scenes unseen and unknown for the fans. The tale depicts a truly strong female lead character along with the devastating Highlander way of life. What a pictorial representation of a timeless love story it captures. Everything just seems like on its verge. The viewers not only just watch the show but also gets inspired by the views they catch from the show. And the inspirations are the results of the success of Outlander.”

For more updates and news hub, stay tuned to TheReporterTimes!

Victoria Season 3 Release Date and Everything We Know So Far