The Reporter Times
Home Entertainment Peaky Blinders Season 5 Release Date and Everything We Know So far... 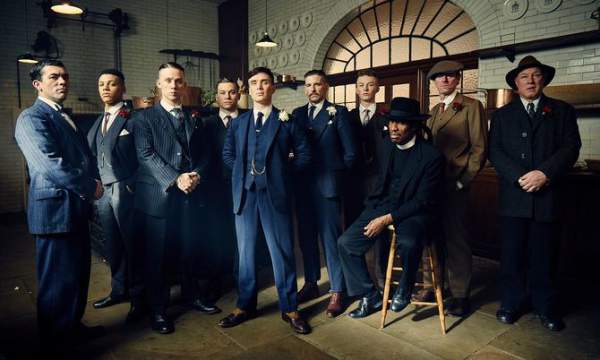 Peaky Blinders Season 5: Last year, we heard BBC commissioned the fifth season of Peaky Blinders with the fourth one in May 2017. The show made its renewal possible. The fans must be excited to know more about PB new season. Read out the article to know everything about the fifth installment including release date, promo, and update.

The show is likely to end with the seventh installment. In the last season, the Shelby clan faced-off the mob boss Luca Changretta. John Shelby died in s4, but Tommy and others largely survived the encounter by the end of the season. There was a gap of 18 months between the third and fourth installment. The new one will arrive next year.

In 2019, but there’s hasn’t been any official date out yet for the premiere of season 5 of PeakyBlinders. The show is being filmed and in the production stage. The previous seasons were aired in September, October, November, and May. So, it could mean any time. Now, the show is moving to BBC One.

The last installment aired in November 2017 and was filmed earlier in March that year. The confirmed update is that the new season will go into the production stage in autumn 2018. So, it should release by summer 2019, unless the makers want to hold in until November next year.

The very moment doesn’t seem to be captured by any trailer for the renewed installment. Probably, when the filming will begin the team would show some snippets from the set itself.

According to the Steve Knight, the one who is responsible for the BBC drama, “It’s stored in my mind and I am aware of that. The write-up may begin very soon and the filming may take place in the next year. Maybe, the shoot may start in the autumn.”

The production for the BBC show will carry on for around a year. The audience needs to wait to see the PeakyBlinders back in action. The show will return in the normal turn around. Maybe, PeakyBlinders 5th season will fall in the spring of 2019.

In the last installment, Tommy got rid of both Luca Changretta nd Alfie Solomons. Now, he may take a break from the family business to enjoy and relax for a while. Also, Arther explained that there is no one who would want to kill them. But, the rest and relaxation don’t seem to fit Tommy. On his three month break, Tommy started feeling health issues.

Polly advised him to get help before returning to work with another plan. Her plan involved Tommy getting back in touch with Eden and promising her to help him. It is just for setting Tommy to get in with the Communist Party and help the government deal with any issues. He puts his one condition to run as a Labor MP in the Birmingham South constituency. Tommy wins this election.

Let’s see what change does the career change for Tommy brings to the show. However, we can expect some sort of closure by the end of the season 5. Knight doesn’t think it will be the end of the show.

The cast and characters aren’t officially revealed yet. But, apart from Joe Cole every other major character should return. From the beginning, Peaky Blinders cast have been the part of the show together. Chances are high for most of the actors returning back.

This time the chances seem low for the return of Tom Hardy as the rival London mafia godfather, Alfie Solomons. But his fan following may bring him back in the run.

Matching with the earlier seasons, season5 will be also attached to some big names. Adrien Brody (Oscar winner) and Aidan Gillen (Game of Thrones) as Tommy’s ally Aberama Gold will be casting in the fifth installment. Their role will be one of a lead in the story.

Peaky Blinders: Will it be renewed for Season 6?

Right now, no news or updates have been followed by the release of Season 5 regarding its renewal again for Season 6. However, seeing to the show’s fan following it may be renewed again.

In a conversation with Knight, he reveals that there’s always been a clear sorted roadmap about how this works between World War One and World War Two. In addition, he says that the destination too looks much flexible in the map.

While discussing whether Season 6 would happen or not, the writer simplified the debate and revealed: “The happening is possible. The momentum of PeakyBlinders is something that is completely extraordinary and with that, it seems to be getting bigger and popular along with more energy with each one.

“There won’t be any change in it. If the team feels that there could be another installment after season 5 – there will be the talk of a film and all related things. There’s complete justice to the fans out there.”

He revealed that he is much aware from the very beginning about the ending of the programme and story of the Shelby family.

In addition, Knight added: “I would like to end with the first air raid siren in Birmingham in the World War Two, this will further lead to the start of next phase in British history.

Hopefully, the fans out there might be enjoying PeakyBlinders S4. Waiting for peaky blinders season 5 release date? Any thoughts about the show’s renewal? Share in the comment box below.

Stay tuned to TheReporterTimes for more news. Don’t forget to share it on social media sites.