The question for Barcelona fans isn’t can they do it because it is an inevitable situation. With all the difficulties faced by the club in the 2021/2022 season, the La Liga giants did exceptionally well to finish second on the league table.

Unfortunately, fans had little to cheer for in the cup games as the good returns did not extend to any of their cup runs.

Argentinian striker and Barcelona’s most prolific goal scorer Lionel Messi left the club during the 2021 summer transfer window after falling out with the club’s hierarchy in an emotional departure.

Many fans in Spain celebrated Messi leaving for the striker terrorised defences in La Liga, scoring 474 goals in the league and a total of 672 and 266 assists in all competitions for the Catalans. It was always going to be a tall order to replace Messi’s contribution to the team, and Barcelona struggled to plug the hole that was left behind.

Ronald Koeman found the going tough and was sacked at the end of October 2021 for club legend Xavi Henandez. The 42-year-old inherited the team in ninth and began the difficult task of mending the broken pieces. Sergio Aguero’s unfortunate retirement meant Barcelona needed to bring in players, strikers especially, to cover their losses.

If you are one to bet, make use of the odds calculator to secure your bet for the next season. It’s hard to bet against Barcelona making a comeback unless you are a Real Madrid or Athletico Madrid; then, you will not wish the best for your rivals.

With the club in financial ruins and debts accumulating to €1.4 billion, signing new players was no easy task. During the January 2021 transfer window, Barcelona brought in 21-year-old Spanish international Ferran Torres from Manchester City.

They also improved their attacking capabilities by bringing Adama Traore on loan from Wolves and former Arsenal captain Pierre-Emerick Aubameyang. Dani Alves made a return at the ripe age of 38, and the right wing-back brought the much-needed infield leadership.

Offloading Philliphe Continhio to Aston Villa was also a welcomed move as this lessened the wage bill for the club. Barcelona came out of the transfer window with an improved squad that beat Real Madrid four-nil in the El Classico return fixture. The win came during a 15-game unbeaten run in La Liga.

Of the 38 games in charge in all competitions, Xavi has won 21, lost eight and drawn nine games. This didn’t stop Barcelona from exiting the UEFA Champions League in the group stages and losing in the quarterfinals of the Europa League to German side Eintracht Frankfurt. 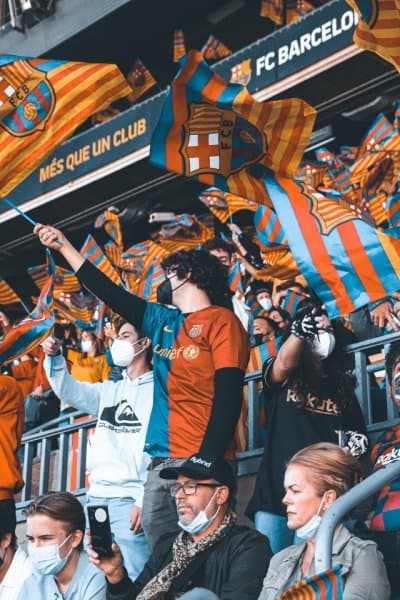 Xavi had a little over half a season for his first stint in charge of the Catalan giants, and it was a trial by fire. The new season gives him more time to work with his players to instill his tactics and gameplay.

Xavi will need to strengthen his squad and is looking to sign want-away Bayern Munich Striker Robert Lewandowski. The Polish striker informed the German side of his desire to leave, and his first-choice destination is Barcelona.

The summer transfer window is also a good chance for Xavi to build the team how he sees fit. If he can get the balance right, Barcelona’s never-dying spirit could reawaken an interesting title challenge next season.