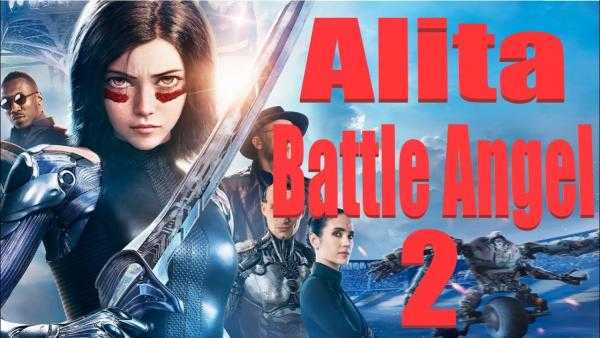 Alita: Battle Angel 2: It sounds quite pleasing to hear about the accelerating pace of the production of intensely desired movies and their sequels because of the love and affection of admirers from all around the world which is being expressed through the medium of internet and social media platforms. (Check: Shrek 5.)

Such is the case for the 3D animation movie ‘Alita: Battle Angel’ whose story was left unfinished at the very end of its first installment. Unfortunately, after witnessing an increasing passion in the hearts of the fans during the near end of 2019, the speed of the increase in the number of signatories lost its flow recently after hitting the spot of 130,000.

In the current scenario, the production and release status of the latter film seems very fluctuating, all thanks to the recent mammoth collaboration due to the acquisition of a major stake by the Walt Disney Company in the ownership of the Twentieth Century Fox Film Corporation.

Lack of supporting causes for the production of a sequel leaves all the admirers with no choice but to depend on filling an online petition to persuade the makers to do such.

The online petition on Change.org was able to gather the consent of 135,000 fans for the present. The majority of the most recent signatures were about less than an hour old. It depicts that the fire like passion in the fanbase for the sequel is at least not extinguished presently which would most probably play a significant role in motivating the makers.

To our surprise, during the last few months in 2019, the status of the resulting love from all over the world was rather much more flourishing than that of now.

The magnitude of the consents received through the petition was only near 88,000 at the end of October month which just jumped quickly to about 120,000 after just about two weeks after it which seems to be completely astonishing. To the demise of all our hopes, these numbers just never rose again at an expected decent pace and just started falling.

Even huge market giants can be forced in a healthy manner to complete the demands of the public with the help of major social media platforms. This fact still can work as a convincing factor to pave the path for the production of the sequel.

Even after the unpleasant present condition of the online petition, if the number of supporters would still go on increasing in the near future, the day is not far when the makers would have to consider this demand of the fans.

Since there are chances that ‘Alita: Battle Angel 2’ could be out internationally at an unpredictable time in the coming near future, there are also many rumors floating around about the modified new look of the Rosa Salazar i.e. Alita by the producer James Cameron.

Well, it seems that presently there are none of the official indicators pointing towards this fact for now.

In the pre-release period of the first installment of ‘Alita: Battle Angel’, there were some regular movie theatre visitors who were just not satisfied with the appearance of the eyes of Alita on the movie posters fitted. This resulted in the creation of mild chaos around.

One of the major visual effects supervisors who were none other than the legendary Eric Saindon commented further that the producer James Cameron and the director Robert Rodriguez did not care about their opinions and still wanted to stick with the larger eyes of Alita is any situation.

Shrek 5: Possible Release Date, Spoilers, Predictions and Everything Else We Know So Far

Frozen 2 Release Date, Cast and Everything We Know So Far